Caption Literature
An Interesting Late Romanesque Oak Figure of a Roman Centurion, Probably Saint Longinus
Traces of polychrome
First half 13th Century
Size: 69cm high, 18cm wide, 11.5cm deep – 27¼ high, 7 ins wide, 4½ ins deep
This oak carving depicts a Roman soldier most probably the centurion at Golgotha who upon piercing Christ’s side with a spear, and struck by the manner in which Christ has endured His last moments, cries out in sudden recognition ‘Truly this man is the son of God’. Later known as Longinus, he is always depicted in military attire and is still venerated as a Saint and martyr in the Roman Catholic Church, the Eastern Orthodox and the Armenian Apostolic Church.
Although unnamed in the Gospels the legend grew over time that he was converted to Christianity after the Crucifixion and tradition claimed him to have suffered for piercing Christ’s side by being condemned to live in a cave where every night a lion came and mauled him until dawn, after which his body healed back to normal, in a pattern of torment to be repeated until the end of time. There is a fine marble statue of Saint Longinus in Saint Peters Basilica in the Vatican by Gian Lorenzo Bernini. A fragment of the spear-point from the Holy Lance is also conserved in the Basilica. 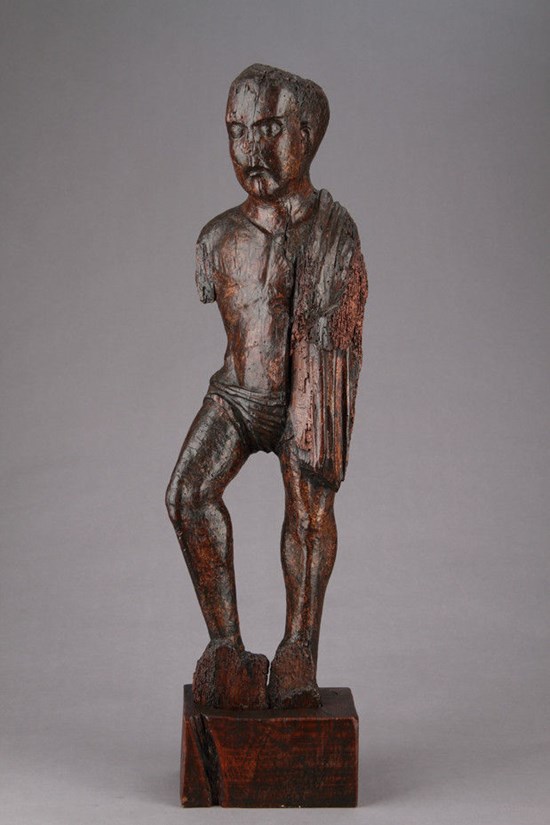 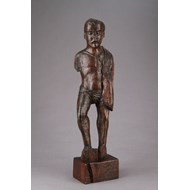 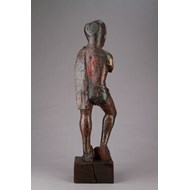 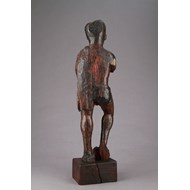 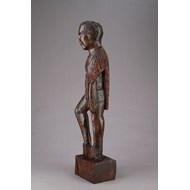 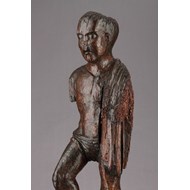 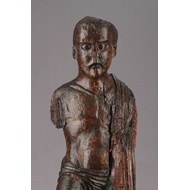