Caption Literature
An Unusual Memento Mori Pendant of Carved Ivory in the form of an English coffin, the heart shaped silver depositum plate bearing the initials ‘J.V’
Early 19th Century
Size: 5cm long, 1.8cm wide, 1cm high – 2¼ ins long, ½ ins wide, ¼ ins high
This miniature ivory coffin was probably worn as a pendant in memory of the deceased some of whose hair may have been contained inside. Such jewellery originated in the 16th and 17th Centuries and was typically English.
The coffin was, and to some extent still is, a status symbol. Its finish and furniture indicative of the social standing of the deceased. No 15th century peasant or artisan expected to be buried in a coffin and by contrast no aristocrat would have been given a shroud burial in the churchyard. In the 16th century a re-usable parish coffin was introduced, but by the end of the 17th century its use was abandoned due to pestilence and the plague. By the 18th century the trade of funeral furnishing had taken off and the trade had the total monopoly on the provision of coffins, supplying suitable types in accordance with the rank of the deceased. 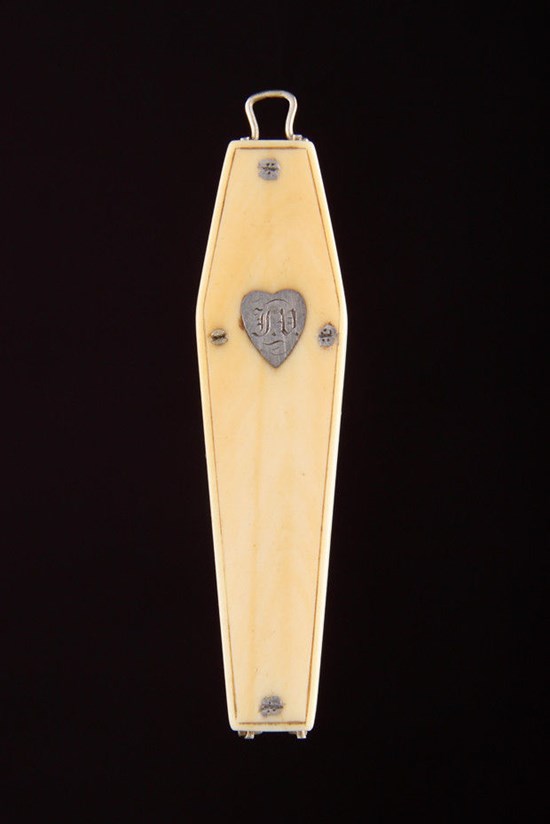 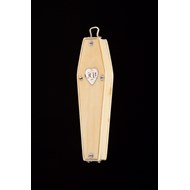 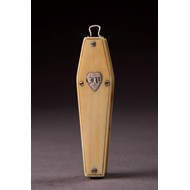 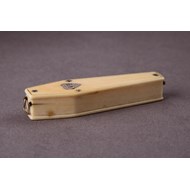 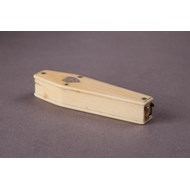 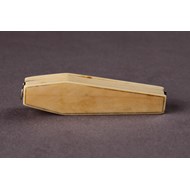