Caption Literature
A Small French Portable Devotional Reliquary Shrine Containing the Bones of Five Saints, the finger bone of St Michel on the top and bone fragments of St Lupicin (Lupicinus), St Claude, St Pothin and St Oyent (St Oyend)
Arranged in alcoves to the sides
Found in 1820 behind the altar of Saint Germain d’Auxerre whilst renovations were taking place. Casket restored in the 19th century
16th Century
Size: 5.5cm high, 8.5cm wide, 4cm deep – 2¼ ins high, 3¼ ins wide, 1½ ins deep
The purpose of these small devotional aids was to provide a path for the faithful to spiritual communion with Christ whilst remembering the deeds of the saints contained in the reliquary. They could also be used as an effective way of gaining a Saint’s intercession. The archangel St Michel’s intercession on behalf of man is said to be so powerful that souls can even be rescued from Hell. The brothers St Lupicinus and St Romanus were the holy founders of the Abbey Condate situated in the Franche-Comté where they were responsible for the education of the young St Oyend from the age of seven. In turn St Oyend became Abbot of Condate and his relics placed in a tomb. He is known in English as Saint Eugendus and his remains when found to be intact in the 12th century were removed to St Peters in Rome. When he died at the age of 92 in 699AD, the Abbey of Condate was renamed in his honour and remained the Abbey of Saint Oyend until the 13th century when it was again renamed St Claude. The Abbey, near Geneva on Mount Jura, is still called St Claude and his shrine is a celebrated place of pilgrimage to this day.
Saint Pothin, or in English Pothinus, was martyred during persecutions by the Roman Emperor Marcus Aurelius along with Alexander, Attalus, Sanctius and others. They were all killed by wild beasts in a Roman Amphitheatre. 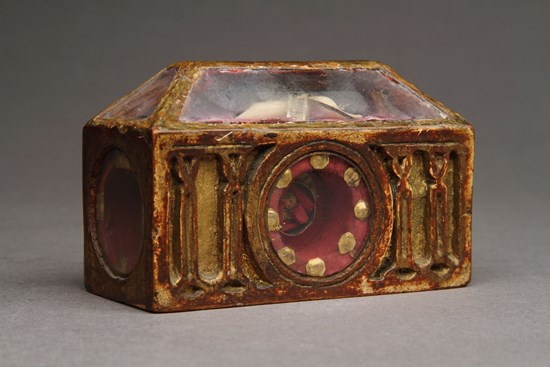 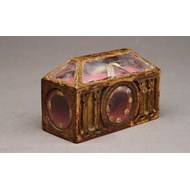 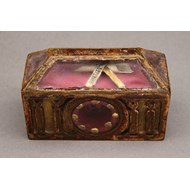 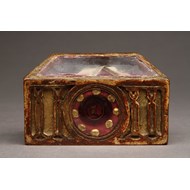