Caption Literature
An Archaic Cypriot Limestone Head of ‘Kore’ or Persephone Queen of the Underworld wearing a conical headdress parted in the centre to show an elaborate hairstyle and with large disc earrings
6th Century BC
Size: 10cm high, 6cm wide, 6cm deep – 4 ins high, 2¼ ins wide, 2¼ ins deep (head)
16cm high – 6¼ ins high (including base)
Persephone was the daughter of Demeter the ancient Goddess of the Earth and of the bounty of the soil. She was known as Kore, meaning ‘maiden’ and kidnapped by Hades, became Queen of the Underworld. The smiling face and the neat rendering of the hair indicate that this head is from the second half of the 6th century BC; the last phase of human representation in the ancient art of Cyprus. The artistic stylisation and schematization typical of the earlier epochs became more naturalistic and realistic in style with the arrival of the Greeks and later the Romans. 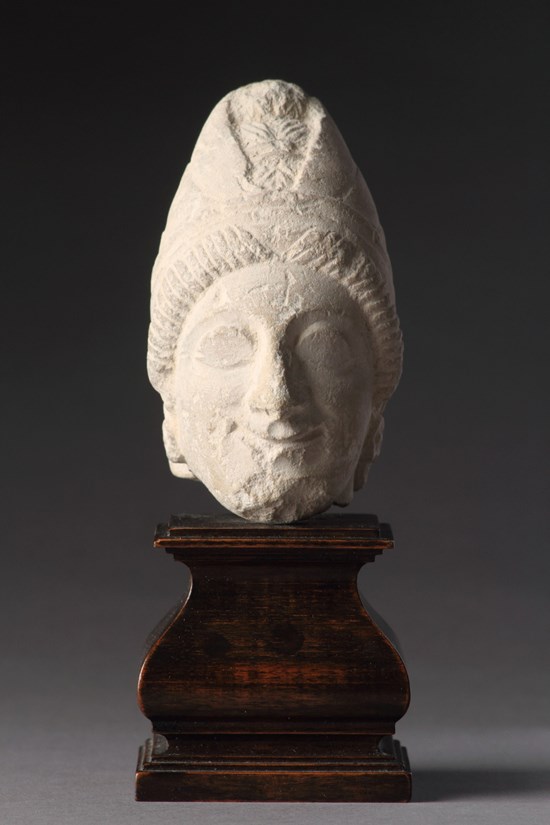 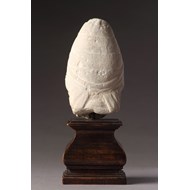 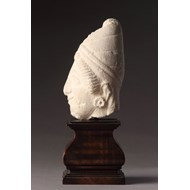 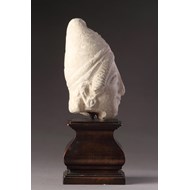 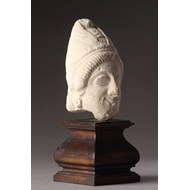