Caption Literature
An American Whale-Tooth and Baleen paper knife inscribed ‘Captn J.Adams Whaler Emma New York’ the tooth inlaid with baleen and mother of pearl, the serrated blade made of baleen pierced with an open cross
Fine patina and condition
Late19th Century
Size: 28cm long – 11 ins long
In the archives of the American New Bedford, Massachusetts, Whaling Museum there is a logbook for the whaling ship ‘Emma C Jones’ (active 1875 to 1879) which was part owned by Edward Coffin Jones. He was an agent for and part owner of numerous whaling vessels on the East Coast of America. His wife Emma Chambers Jones bore him four children, three of whom survived to maturity. She was physically very frail and spent most of her life under the care of doctors both in Litchfield, Connecticut and in New York City where she lived in an apartment house. Her diaries span the years 1876 to 1909 and describe her cultural and social activities in New York City, her friendship with the New Bedford artist Robert Swain Gifford (1840 – 1905) and her travels to Europe. 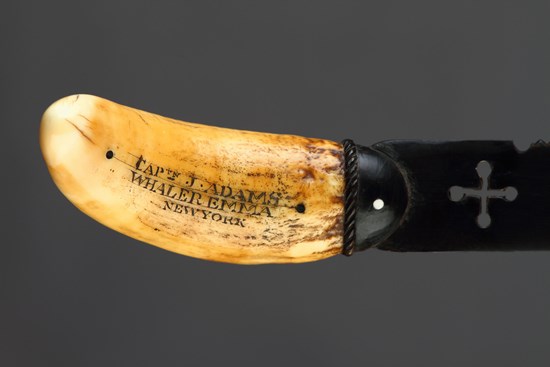 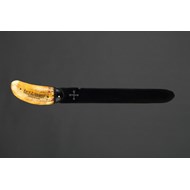 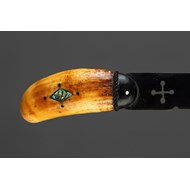 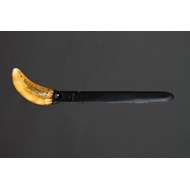 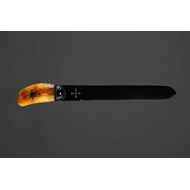