Caption Literature
An Ancient Roman Two Coloured Marble Fragment of Europa Seated Astride a Bull folds of drapery around her waist tapering towards her feet
1st Century AD
Size: 8.5cm high, 15cm wide, 7cm deep – 3¼ ins high, 6 ins wide, 2¾ ins deep
13.5cm high – 5¼ high (including base)
In Greek mythology, Europa was the daughter of Agenor, King of Tyre who was the offspring of Libya and Poseidon. When a young girl, Zeus, disguised as a white bull, swam to Crete with her on his back and there she bore him three sons. The name Europa relates to the Semitic verb ‘to set’, and she was believed to be the Goddess of the Night as she was carried far away westward into the setting sun. To the ancient Romans, half sitting, half reclining on the back of the white bull, Europa was a symbolic representation of blissful afterlife. 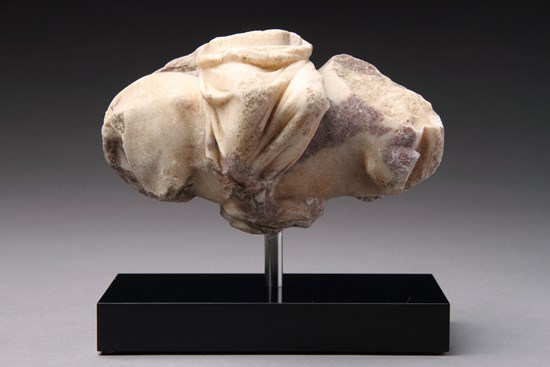 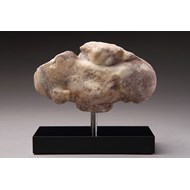