Caption Literature Exhibition
A Rare and Unusual Australian New South Wales Aboriginal Parrying Shield of Wedge Shape. Wood decorated with white pipe clay. Fine old smooth shiny patina
19th Century
Size: 77cm long – 30¼ ins long
This unusual wedge shaped parrying shield was used for warding off clubs and spears in close combat. It comes from the Darling River or Murrumbidgee River region of New South Wales. The incised abstract decoration, engraved with a fine possum tooth, covers both sides of the shield and has been enhanced by rubbing white pipe clay into the grooves.
The old shiny patina on the shield suggests that it may have some considerable age, which would be consistent with the fact that by 1850 most of South-eastern Australia was under European control and nearly all of the Aboriginal groups had been displaced and dispossessed of their land. As a result there is little aboriginal material from the first half of the 19th century from this area to be found.
Now sold: further examples always wanted for stock, please contact with details 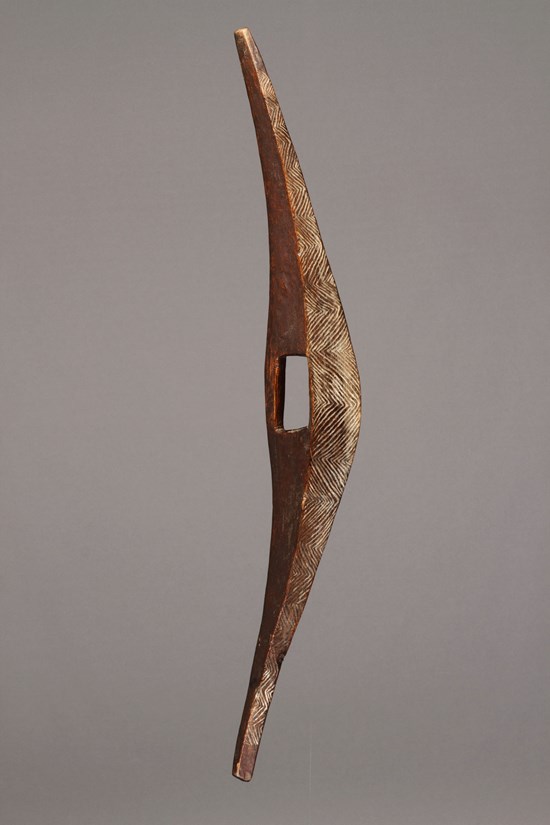 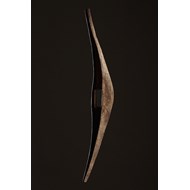 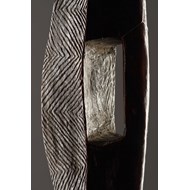 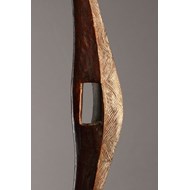 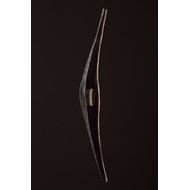 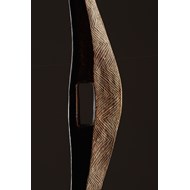