Caption Literature
A Nigerian Yoruba Ritual Edan Ogboni of the Classic Tradition, cast of a copper alloy with two birds, ascending his torso. His beard of open worked ringlets beneath a finely cast Abstract Face
Early 19th Century
Size: 17cm high – 6¾ ins high
The Ogboni Society is a religious sect found throughout Yoruba-land. Its main purpose is the veneration of the ancestors as founders of the community and as the owners of the earth. As the heads of the various religious cults, as well as army commanders, district chiefs, court officials and envoys from the local King are all members of the Ogboni Society it has considerable political and social influence. The society also acts as a counterweight to the power of Kings and is partly responsible for the administration of justice.
These figures symbolise the original founders of the community and thereby the ancestors of a King of a local town or city. These ancestors speak through the Ogboni Society who keep a constant guard over the welfare and unity of the people. As it is also believed that co-operation between the sexes is necessary for the welfare of the whole community these figures are usually made in pairs. This example, of great antiquity, must have once had a female counterpart. 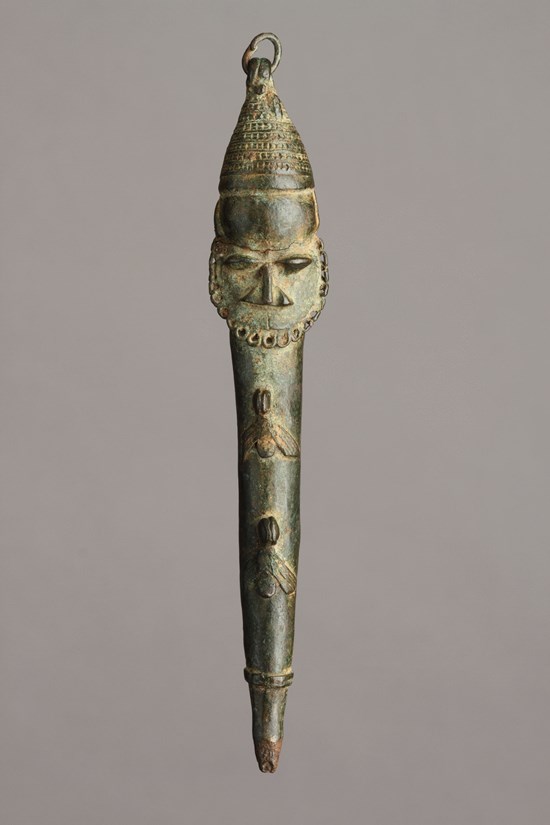 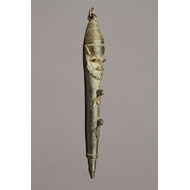 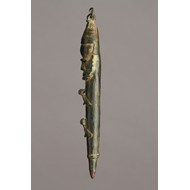 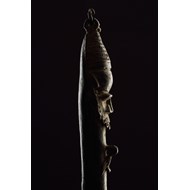 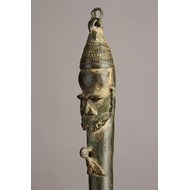 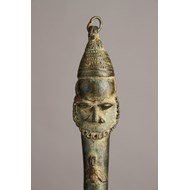