Caption Literature
A Rare Anglo Saxon Sandstone Font of Square Base Form
8th – 10th Century AD
Size: 32cm high, 54cm square – 12½ ins high, 21¼ ins square
This font was in the private collection of a dealer who lived near Bildeston, Suffolk until it was acquired by M. Provost for his collection. It had come from the churchyard of Badley Church near Stowmarket, which was disbanded and taken out of regular use in the 1970’s. The font had always lain outside and was probably pierced through the side in the 19th century to enable it to be used for drainage from the church roof. Eventually money had to be raised for repairs to the fabric of the building and the font was sold.
Many of the conquering Normans built new churches over the earlier ones of Saxon origin and fragments of the original stonework were often discovered during 19th century Victorian renovations having been used as rubble for the Norman foundations. It is possible that this font was found in this way and put outside for use as a drainage channel.
In 731AD Bede concluded his ‘Ecclesiastical History of the English People’, which is the most informative historical narrative produced in England until at least the 12th century. His life and work constitute the most important document of the highly dramatic cultural changes that followed the conversion of the Anglo Saxons. The new Christian faith brought with it the book as a means of communication and as an object of devoted decoration, and importantly it brought building and carving in stone. 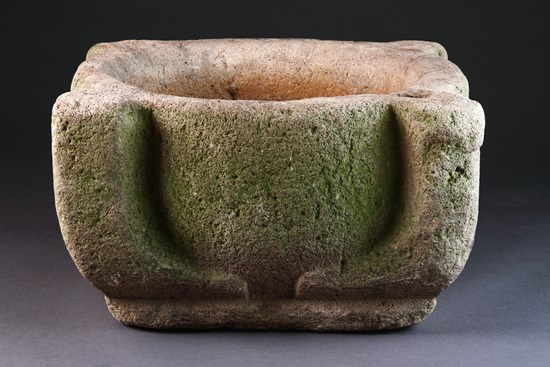 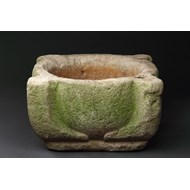