Caption Literature
An Interesting Mexican Carved Ivory Gentleman’s Scarf or Cravat Ring depicting the Mexican coat of arms with a Golden Eagle devouring a snake standing on a Nopal cactus branch
Circa 1823 – 1864
Size: 2.5cm high, 3cm wide, 2cm deep – 1 ins high, 1¼ ins wide, ¾ ins deep
This particular coat of arms was used in Mexico between 1823 and 1864 and was newly designed by José Mariano Torreblanca to celebrate the victory of the Republic of Mexico. In Spanish the golden eagle is known as the ‘águila real’ literally meaning ‘royal eagle’ and this bird is illustrated in the pre-Hispanic Mendoza codex which details the legend of the founding of Mexico City then known as the Aztec capital of Tenochitlan. The Aztecs referred to themselves as the ‘People of the Sun’ and the eagle was a representation of their sungod Huitzilopochtu. By the early 19th century this fearsome eagle became considered the official bird of Mexico with the snake representing the struggle between good and evil, and this coat of arms was used on all official documents, coins, stamps and seals. 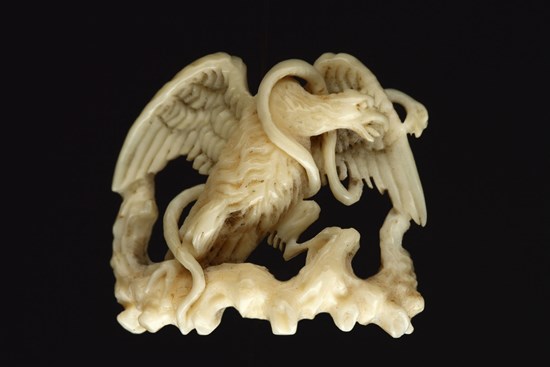 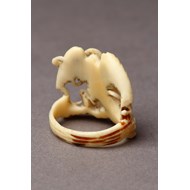 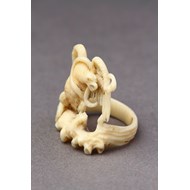