Caption Literature
A Rare Australian Aboriginal Spear Thrower of Cape Grenville Type, Eastern Cape York, Northern Queensland
Carved of Casuarina wood decorated with orchid root fibres, pitch and with a shaped head of Baler shell
19th Century
Size: 89.5cm long – 35¼ ins long
This rare type of spear thrower comes from the Wuthathi aboriginal peoples who lived at Cape York in the far north of Queensland. They traded and exchanged goods with the Western Torres Strait islanders, and used outrigger canoes and harpoons for hunting at sea, which reflects their links with the peoples of the Torres Strait.
Spears are used throughout Australia and vary from simple pointed sticks to spears with elaborate points. Spear throwers add another extra point to the arm and thus greatly increase the velocity of the spear thrown as well as making the throw more powerful and accurate. Each tribal area of Australia had its own design for their artefacts making it possible to pinpoint with accuracy their original place of production. 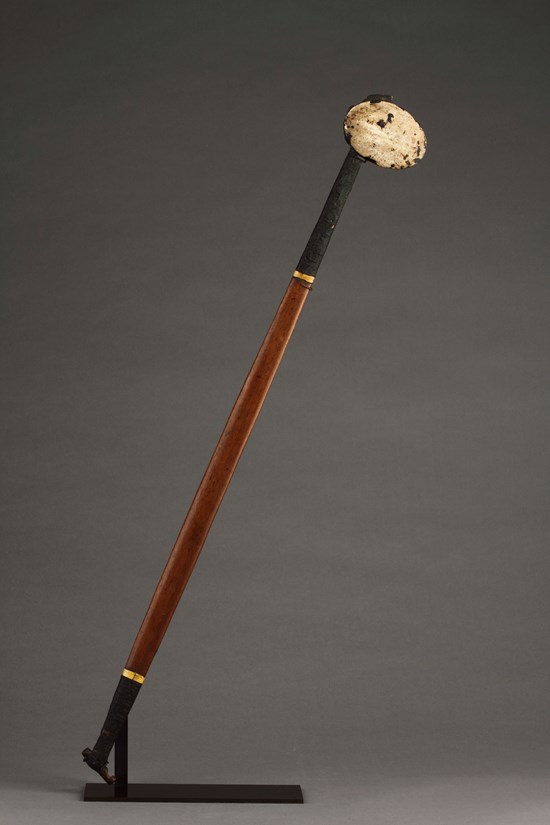 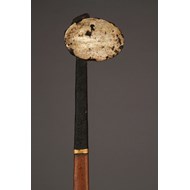 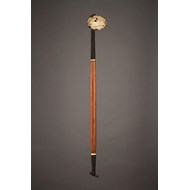 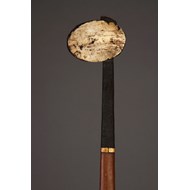 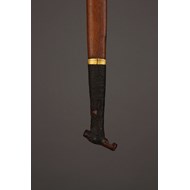 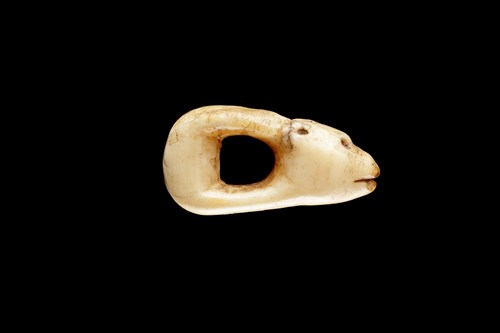 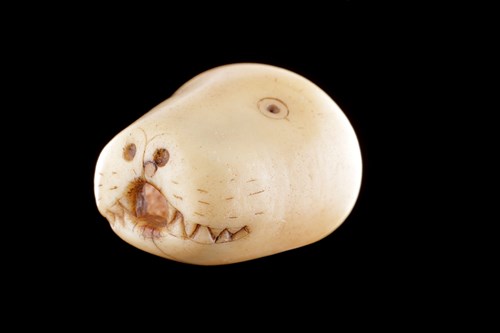 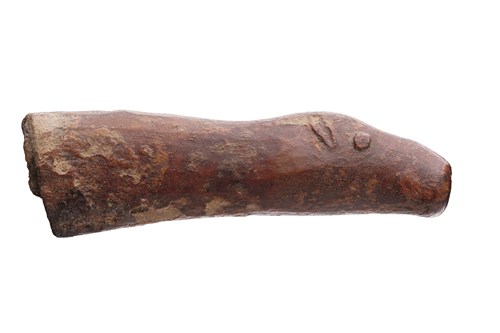