Caption Literature
An Ancient and Rare Late Bronze Age Lausitz ‘Urnfield’ Culture Pottery Cinerary Urn Decorated with Anthropomorphic Features and Two Bronze Earrings with a lid in the form of a hat containing the cremated ashes of an Ancestor
Late Bronze Age 1300 – 700 BC
Size: 25cm high, 15cm dia. – 9¾ ins high, 6 ins dia.
The most notable cultural development that widely occurred throughout Late Bronze Age Europe was the almost universal change from burying the dead in graves to that of cremating them, collecting their ashes and placing them in urns such as this. These urn burials were then put in defined cemetery areas, and this practice has led to the period being called the ‘urnfield period’. Burials are the most visible archaeological remains of the period and in some instances large quantities of grave goods have been found deposited with the dead that had come considerable distances, which provides evidence of powerful exchange networks. 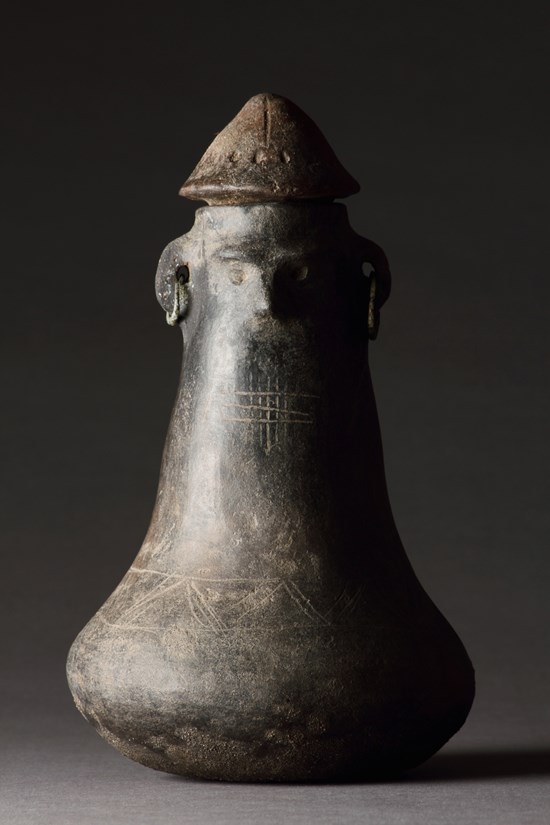 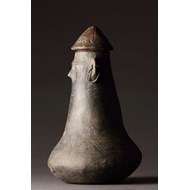 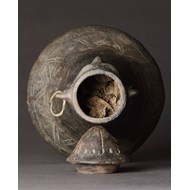 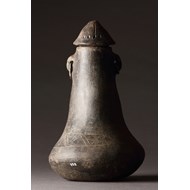