Caption Literature
A Collection of Three Prehistoric Late Neolithic / Early Bronze Age Danish Flint Daggers
a: A fine flint dagger with the remains of a handle coil imprinted in birch pitch on the shaft. Found in 1931 in a bog at Farup in Denmark
b: A long bladed pale grey flint dagger found in 1934 in a swamp at Elso, Denmark.
Circa 2500 – 1300BC
c: A broad leaf shaped bladed flint dagger of mottled brown patinated flint with an edged handle found in 1933 in Rheinbeck, Germany
Sizes: A: 24.5cm long – 9½ ins long
B: 16cm long – 6¼ ins long
C: 19cm long – 7½ ins long
These late Neolithic-early Bronze Age Danish flint daggers of around 2000BC were made to imitate an imported bronze type with a solid hilt that was produced in Central Germany. Lacking its own metal deposits, Denmark was dependent on external supplies, and finished objects were often obtained by exchanging amber.
During this late Neolithic or ‘dagger’ period in Scandinavia burials were made in stone cists with the bodies of men often accompanied by a fine flint dagger. Such tombs were uncovered in large numbers during the 19th and 20th centuries due to agricultural improvements and many of these daggers were found of astonishing quality. The evident craftsmanship in flint working reached a peak unequalled before or after, as using advanced techniques of pressure flaking, the flint workers strove to emulate the achievements of the Central German bronze-smiths. 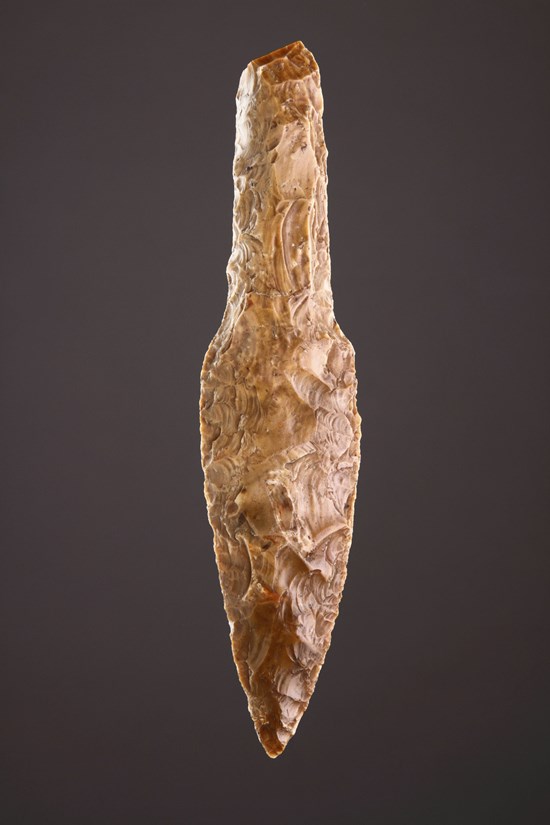 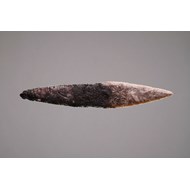 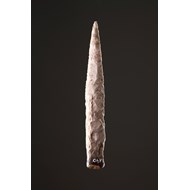 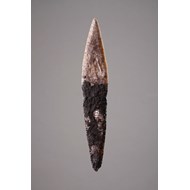 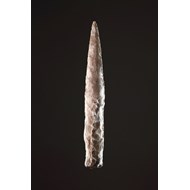