Caption Literature
An Indian Four Sided Ivory Gaming Dice with Pitch Filled Circles, Numbering from One to Six, each end also carved with a circle
18th Century
Size: 9.5cm long, 2cm sq. – 3¾ ins long, ¾ ins sq.
Arguments still persist amongst scholars, collectors and players as to whether chess might have been a four handed rather than a two handed game at the outset, and various survivals of the four handed version which relied on dice have been documented in India. Many Indian board games, both sophisticated and elementary, are race games, which depend on dice. Traditionally the more simple games were played on improvised boards scratched into the ground.
The best known Indian board game which uses dice is the race game known as ‘Chaupur’ or ‘Pachisi’ played on a cruciform board usually of embroidered cloth, where each arm of the game has three rows of eight playing squares. Four players compete either individually or in pairs to race their four coloured pieces round the board and up the starting arm to the middle. At the end of the 19th century, this game was exported to Britain where it was simplified into the popular parlour game of Ludo. 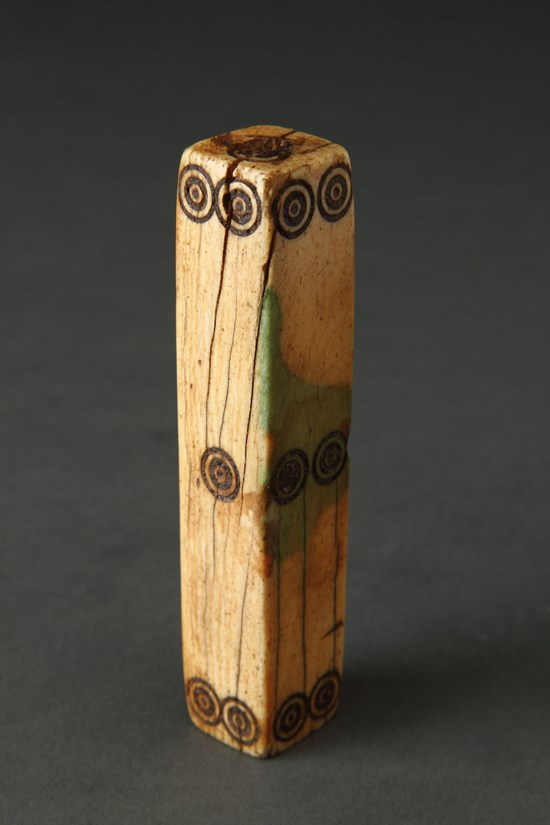 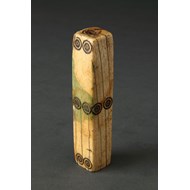 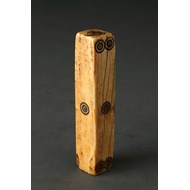 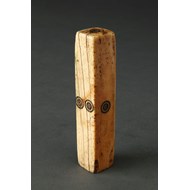