Caption Literature
A Fine Pair of Regency Lacquered Bronze Table Candlesticks, each cast with four Egyptian Pharonic Mask Heads on a Fluted Theban Column in the Manner of Thomas Hope
Circa 1810-20
Size: 22cm high – 8¾ ins high
See Finch and Co catalogue no. 11, item no. 105, for a pair of ivory ewers in style of Thomas Hope
Thomas Hope was the son of one of the wealthiest merchant bankers in 18th century Europe and came to live in London with his family who had fled from Holland during the French invasion of 1794. At the age of 18 he embarked on a ten year Grand Tour of Europe and assembled a remarkable collection of art and antiquities that he went on to install in his London Duchess Street House. Here amongst others he had an Egyptian room, painted with the characteristic blues and yellows used in Egyptian temple and tomb architecture, where he housed his collection of Egyptian antiquities. He is said to have liked Egyptian art for its ‘immensity’ and ‘indestructibility’, and he echoed its use of permanent materials such as marble and bronze, porphyry and basalt, granite and serpentine in the objects he had produced. Both comic and tragic masks ‘taken from Antique ornaments’ were used as models for mounts on several of Hopes bronzes and furnishings. Thomas Hope was a major influence in the arts of Regency England and a catalyst in the interpretation of modern interior and furniture design. 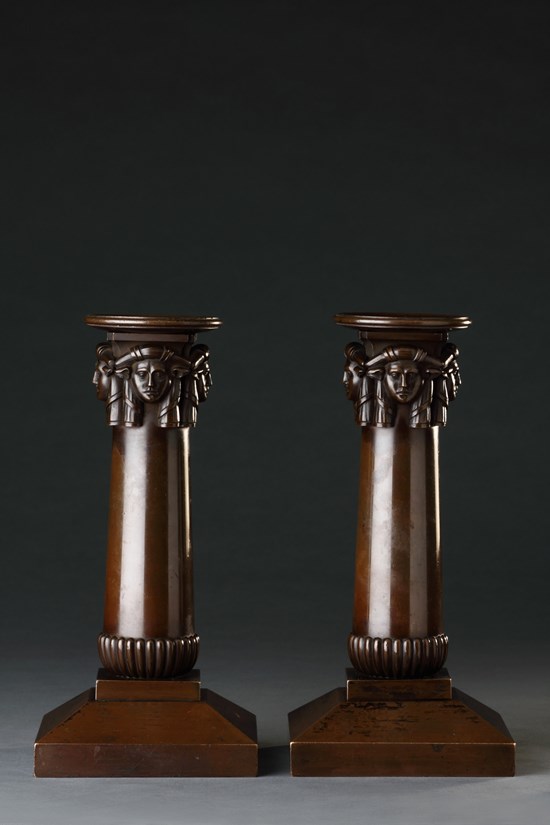 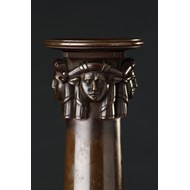 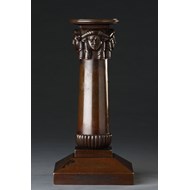