Caption Literature
A Fine Scottish Gold Mounted Bloodstone Agate Desk Seal
The mount decorated with finely cast gold mask heads to each acanthus leaf scroll, the octagonal bloodstone stem decorated with gold strap-work. The top with a gold crown above entwined initials with ‘II’ beneath
First half 19th Century
Size: 9.5cm high – 3¾ ins high
The importance of the seal affixed to a document in the days before the majority of people could read cannot be over-emphasised. The silver matrix of the common seal of Exeter is probably the earliest to survive in England and Wales. On view in the Devon Records Office, it dates from between 1170 and 1180. Shrunk in size, these became in time the earliest form of fob seal worn as a pendant from a chain or lady's chí¢telaine. Double or triple reversible examples pivoting between two brackets might be of silver, gold, steel or hard-stone. From 1738 to 1791, silver and gold examples were exempted from hallmarking and from 1750 onwards the desk or table seal with a handle of ivory, worked metal or hard-stone with one end fashioned for the cutting of a coat of arms began to be popular. By 1810 the preference was for gold mounted hard-stone seals such as this. 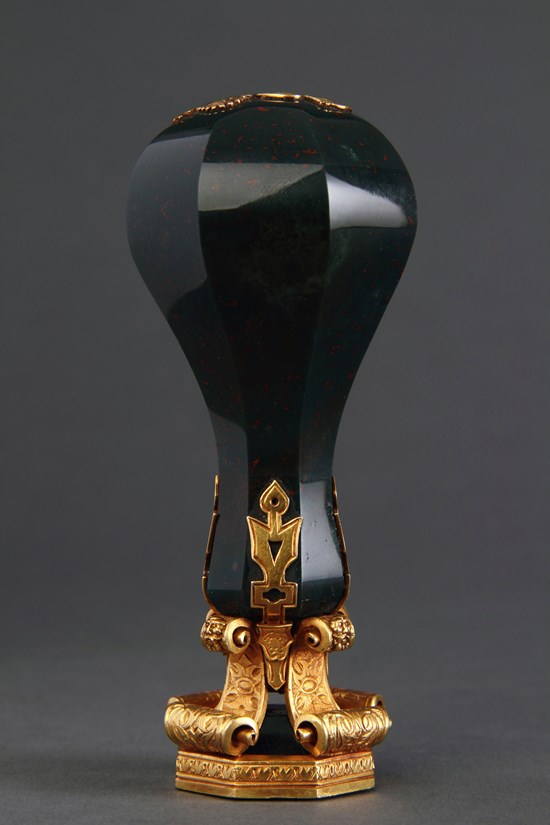 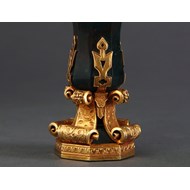 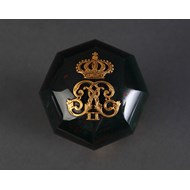 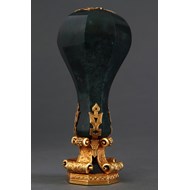 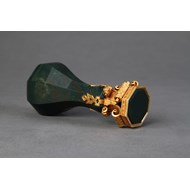