Caption Literature
An Ancient Hellenistic Greek Terracotta Torso Swathed in a Himation
After an earlier marble portrait sculpture of Sophokles
3rd - 1st Century BC
Size: 20.5cm high – 8 ins high
24.5cm high – 9½ ins high (including base)
Oxford Authentication TL Test Certificate available
Clay was extensively used by the Ancient Greeks for sculptural purposes in statues, statuettes and small relief’s. From the 4th century onwards the chief function of these small sculptures appears to have been votive and often the deity of a specific sanctuary was represented with Persephone, Dionysos and Demeter being particularly popular. Originally all of these terracotta’s were painted and often in very bright colours.
However, larger than average terracotta figurines were made later on often reproducing famous works of the proceeding epochs. These larger statuettes were not mechanically made in moulds, but were free copies and may originally have been gilded to approximate the appearance of bronze.
During the 3rd - 2nd centuries BC there was an increased interest in modelling the terracotta to portray the texture of the drapery with light crinkly linens depicted as well as heavy woollen material. This torso is modelled to convey a feeling of movement through the variegated folds of the drapery, which do not obscure the underlying pose of the body, but are in accord with it. 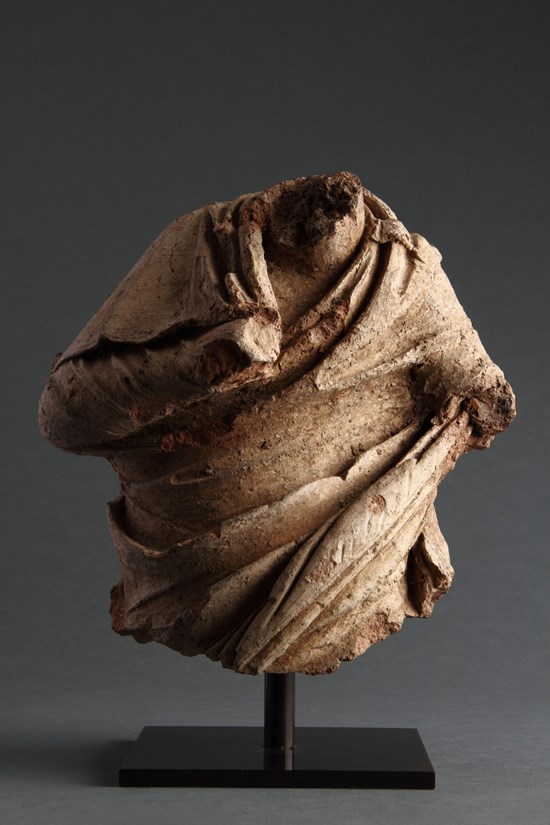 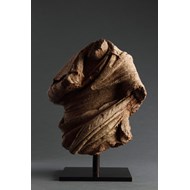 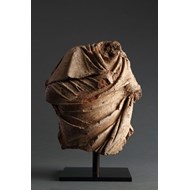 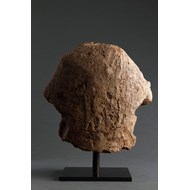 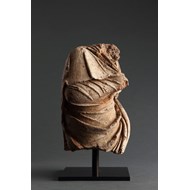