Caption Literature
A Fijian Ironwood ‘Gata’ or ‘Snake’ Club the End Carved with a Short Spur on the Back of the Head and Bevelled to a Cutting Edge
The scythe like inside curve ribbed and carved. The grip carved with a zig-zag design
Fine old smooth patina
Early 19th Century
Size: 105cm long – 41¼ ins long
Clubs were the Fijians favourite weapons and as life was lived, certainly during the early 19th century, in a virtually constant state of warfare they were much in demand and much used. It is interesting to note that many artefacts such as this were acquired and sent back to England for sale. The Rev James Calvert, a Methodist missionary, describes such a sale to finance the repair and refitting of the ship the ‘John Wesley’: ‘â€¦. the native Christians were requested to contribute specimens of their manufacturers, productions and curiosities.... the ‘Wesley’ left the islands with considerable native stores.... the native contributions which she had brought were tastefully displayed at the Centenary Hall (Exeter, England) and the sale of them superintended by ladies, who kindly undertook the task. More than a thousand visitors inspected this novel bazaar, and upwards of four hundred pounds was the pecuniary result....’ (Fiji & The Fijians Vol II; London 1858) 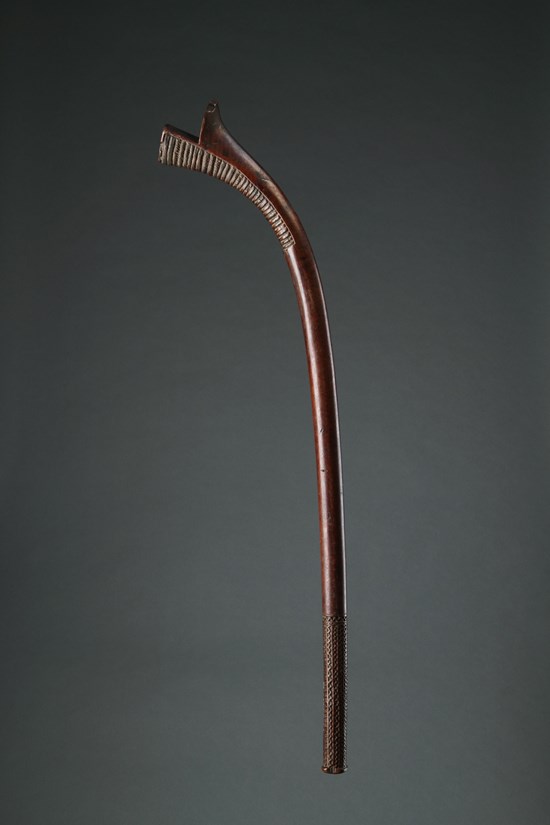 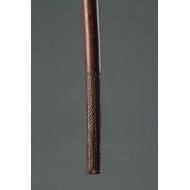 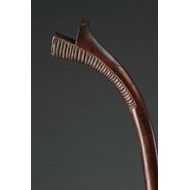 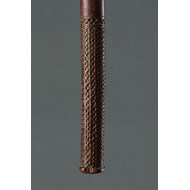