Caption Literature
A Fine Fijian ‘Tabua’ a Chief’s Ceremonial Breast Pendant Fashioned from the Tooth of a Sperm Whale
With old worn suspension holes for sinnet cord
Early 19th Century
Size: 16cm wide – 6¼ ins wide
See Finch & Co catalogue no. 4, item no. 133, and catalogue no. 9, items 9 and 10 for other examples
In order to obtain the rich dark red walnut colour shown on this tabua it would have been slowly smoked over a fire having previously been anointed with coconut oil and turmeric. It was then carefully polished to obtain a silky smooth golden patina.
Baron Anatole Von Hí¼gel recorded in his Fiji Journal on 4th December 1875 (page 224) ‘.... A good red tabua (whale tooth) came in from Nadi today. It was some time before the owner, an old man, let out what he had come about. After a long rambling conversation he produced from the folds of his Isulu the Tabua, most carefully wrapped in Masi (bark cloth). He did not approve of my hanging it up on the wall with my other treasures and evidently wishes to keep dark his having parted with it. No doubt it has a history, but natives, especially the older ones, do not let out secrets easily; so what that history may be I have not much chance of finding out’. 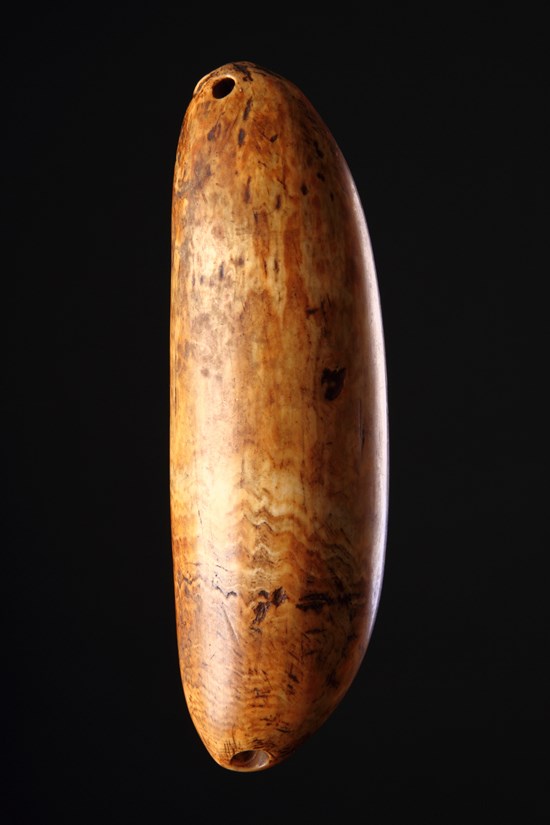 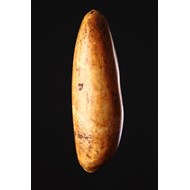 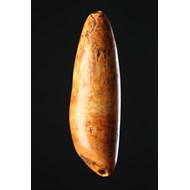