Caption Literature
Two Chinese Ivory Scroll Weights
One with a calligraphic inscription
Late Ming Dynasty 16th - 17th Century
Sizes: a: 25cm long – 9¾ ins long
b: 19cm long – 7½ ins long
Perhaps the simplest of objects in the Chinese scholars studio is the scroll or paperweight. Its function was to keep the paper from curling up or moving whilst the calligrapher or artist was working. A scroll opened for viewing also had a tendency to close up again if the ends were not held in place with a weight.
Paper was invented in China around the 1st century AD allegedly by General Cai Lun who served Emperor He Di (89-106AD). It was made from various materials such as the bark of mulberry trees, cotton, silk, bamboo, wood pulp and rice straw.
The finished product would be sized with Alum to protect it from insects as well as to prepare the surface for receiving ink. 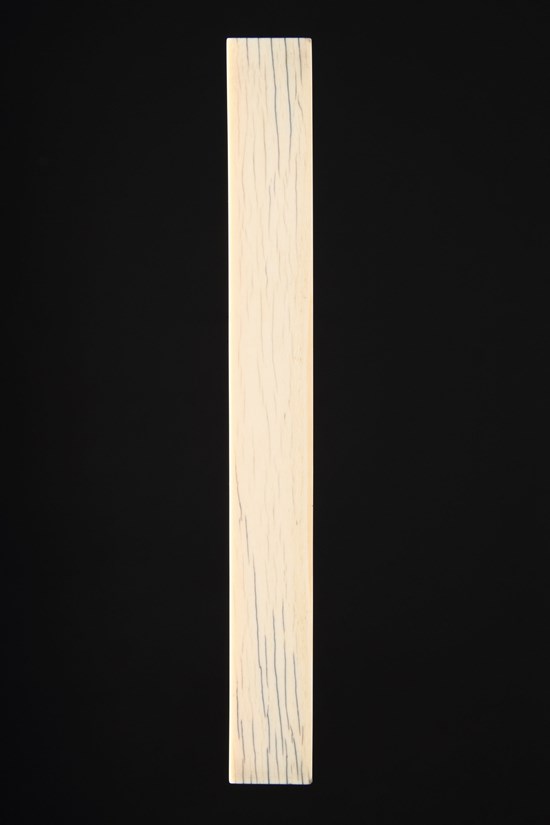 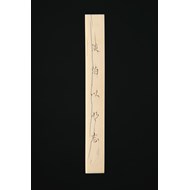 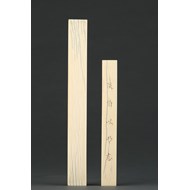