Caption Literature
The Preserved Skull of a Celtic Iron Age Horse Found in a Danish Peat Bog
Probably a votive sacrifice
Circa 400-100BC
Size: 15cm high, 47.5cm long, 22cm wide – 6 ins high, 18¾ ins long, 8¾ ins wide
Spectacular discoveries of human and animal sacrifices have been made in the peat bogs of Jí¼tland and most of them were found accidentally by people digging for fuel. In Scandinavia, from the Neolithic period through the pre-Viking period, the bodies of humans and animals as well as a variety of artefacts including weapons and even warships, were thrown into bogs, lakes and streams. From the number of depositions that have been recovered, often in the course of draining land for farming, it is clear the practice was very widespread, and was probably used to invoke good fortune, greater fertility, success in battle and new life.
The earliest depositions made in the Neolithic period consisted mainly of stone and flint weapons. In the Bronze Age more elaborate sacrifices were made. Collections of personal and household objects such as cauldrons were deposited probably to commemorate the passing of a great and powerful individual. Bronze weapons, particularly swords, were also sacrificed, sometimes with the blades bent back on themselves to represent a ritual ‘killing’ of an enemy. Animals and particularly horses were also slaughtered as part of the ritual. Although common, horses were of great value and importance and were both ridden and used as draught animals, sometimes pulling ceremonial or funerary wagons. They were much smaller than modern horses and rarely achieved a height of 150cm or 14½ hands.
Human and animal sacrifice seems to have become widespread in the 1st century BC and most of the evidence for this comes from Denmark where the bodies of men, women and horses sacrificially killed have been preserved in the acid soil of peat bogs. The Roman Iron Age saw a return to predominantly weapon sacrifices. 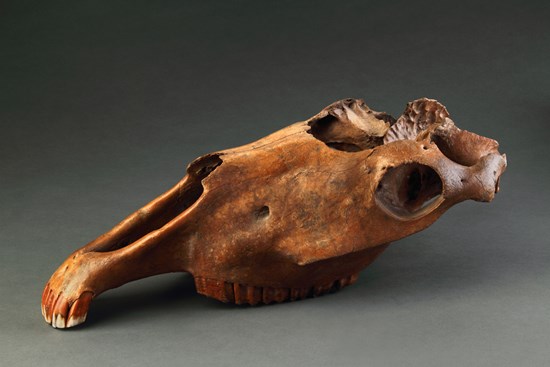 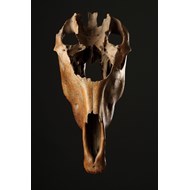 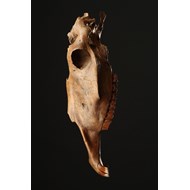 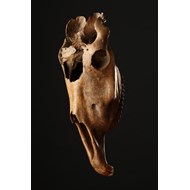 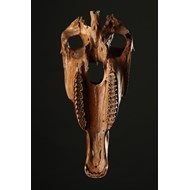