Bronze of the Spanish Explorer and ‘Conquistador’ Hernán Cortés

Caption Literature
An Interesting Bronze of the Spanish Explorer and ‘Conquistador’ Hernán Cortés by the English Sculptor Charles Cumberworth (died 1852)
On a stepped black marble base
Signed Cumberworth and with the foundry mark of Susse Frí¨res
Circa 1840-45
Size:38cm high – 15 ins high
The sculptor Charles Cumberworth was born in America, the son of an English army officer and a French woman. As an infant his mother took him to Paris where he later studied sculpture as a pupil of Pradier. He became one of the first artists to be edited in bronze under contract to the Susse foundary. His bronze ‘The Count of Paris and his brother’ appears in their 1844 catalogue. Cumberworth also sculpted the bronze of the Duc de Montpensier for inclusion in Susse’s series of portrait bronzes of leading French politicians of the Restoration period.
The historical figure of Hernán Cortés, the Spanish conqueror of Mexico, is famous for his capture of the last Aztec emperor Montezuma II in 1519, and this bronze may also have been one of a series of notable characters from European history.

Bronze of the Spanish Explorer and ‘Conquistador’ Hernán Cortés 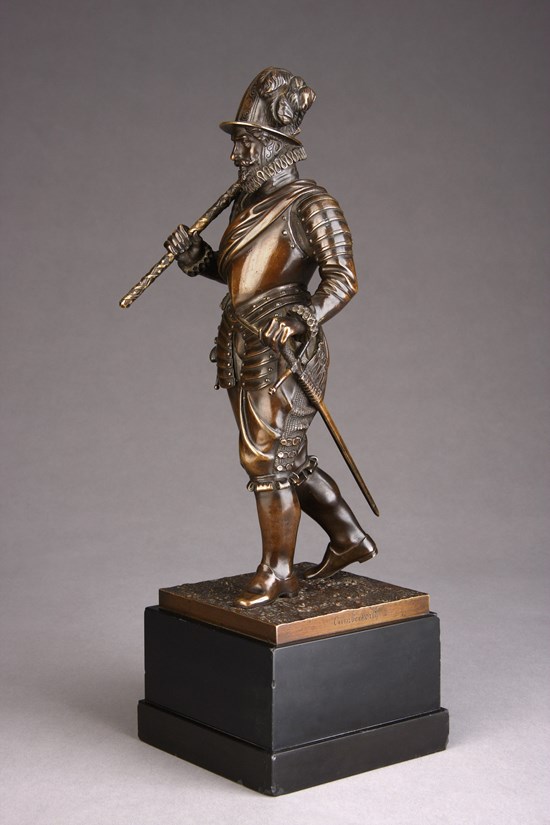 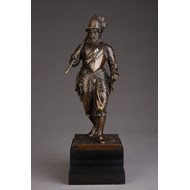 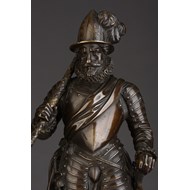 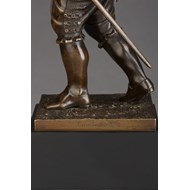 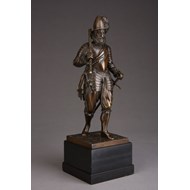 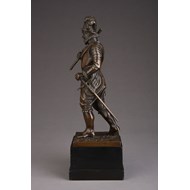