Caption Literature
A Superbly Patinated Western Alaskan Eskimo Inuit Marine Ivory Sled Runner Carved from the Long Tusk of a Walrus
18th Century or earlier
Size: 53cm long – 20¾ ins long
See Finch & Co catalogue no. 13, item no. 72, for three other smaller examples
Eskimos in Western Alaska have over many centuries developed extremely effective methods of travelling over land, ice and snow. Travelling over tundra is more frequently done during the winter months when the surfaces of the lakes and sea are frozen and marshy ground becomes easier to traverse by direct, as the raven flies, routes. Sleds, dogs and snowshoes are used for these journeys. Several different types of sleds have developed in response to the geographical variation in ice and snow conditions, and the sort of activity for which the sled is to be used. To smooth the pathway of the sled, carved walrus ivory runners were lashed to the underneath with sealskin or caribou hide thongs. Sleds could be as much as 9 to 10 feet long and carry 300 to 400lbs with a team of seven dogs over long distances cross country to hunt, trade or visit relatives. 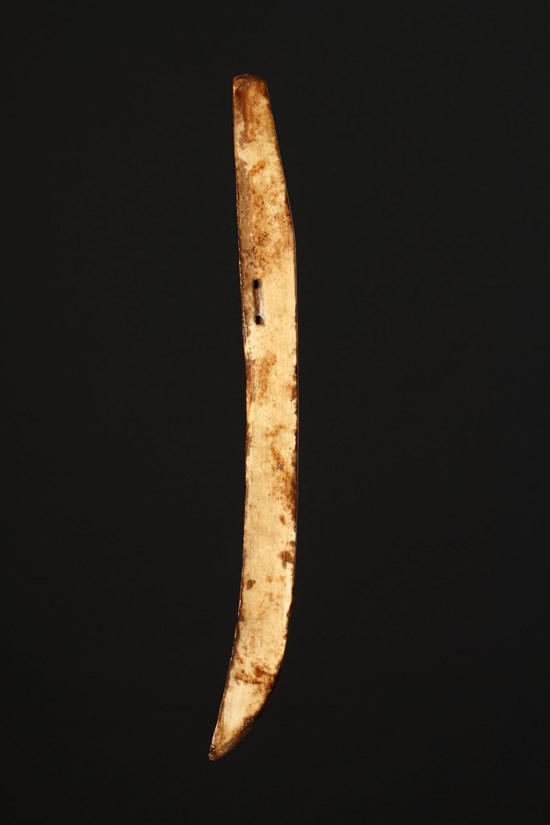 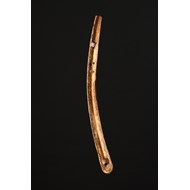 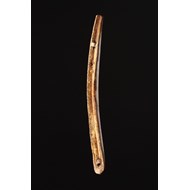 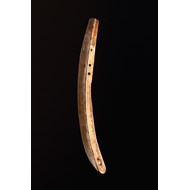