Caption Literature
A Sailors Scrimshaw Sperm-Whale Tooth Engraved with a Three Masted Sailing Bark and a Hibernian dressed in a Kilt and Helmet holding a Boarding axe
The reverse decorated with an East Indies landscape
Mid 19th Century
Size: 18cm long – 7 ins long
The sperm-whale was first hunted off the New England coast of America, initially combined with seasonal shore based whaling, but as the 18th century progressed and the demand for sperm oil increased, these animals were sought farther afield and ships were specially fitted out to carry whaleboats and catch sperm-whales at sea. At first a variety of small ships were used including sloops, brigs and schooners. The most important innovation was the installation of a tryworks or cauldrons in which the oil was ‘tried out’ or rendered from the blubber. With a tryworks, a vessel was independent of the shore and could cruise distant waters. Initially whales were taken around the West Indies and the South Atlantic where whaling was combined with sealing, but soon there was whaling off the Azores, the west coast of Africa and in the Indian Ocean. 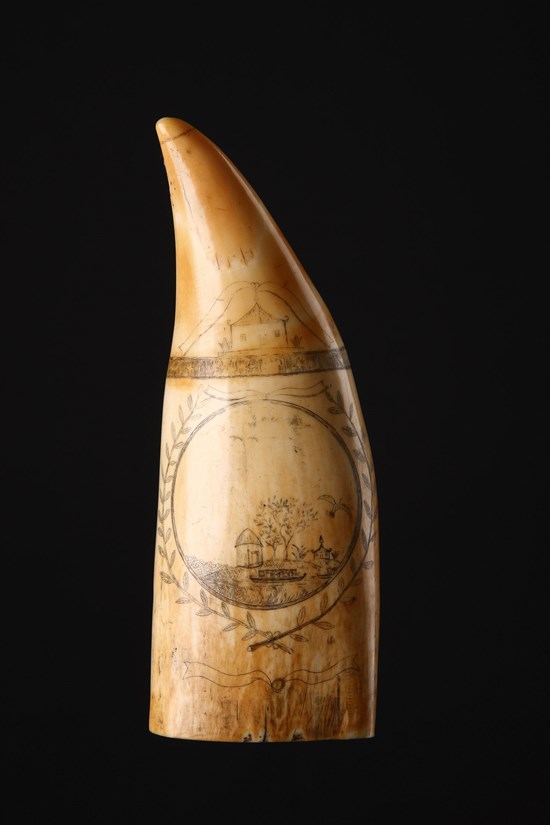 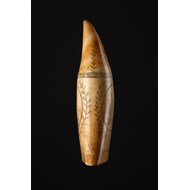 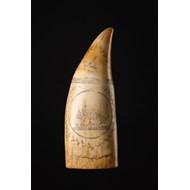