Caption Literature
A Tibetan Carved Bone Plaque from a Ritual Parure Depicting the Bodhisattva ‘Avalokiteshvara’ the Lord of Compassion
Late 17th – early 18th Century
Size: 8cm high, 3.5cm wide – 3 ins high, 1½ ins wide
Avalokiteshvara is the most popular, and the patron deity of Tibet. He is incarnated in the person of the Dalai Lama, the Tibetan priest King. His name literally means ‘The Lord who looks down’, that is he looks down with compassion on the suffering of the world. His generosity is shown by his open hand, which symbolises the granting of wishes.
Bodhisattvas are widely venerated throughout Tibet. It is believed that they stand on the verge of enlightenment, but delay their final attainment of Nirvana, out of compassion for suffering beings, in order that they may assist others to achieve liberation. 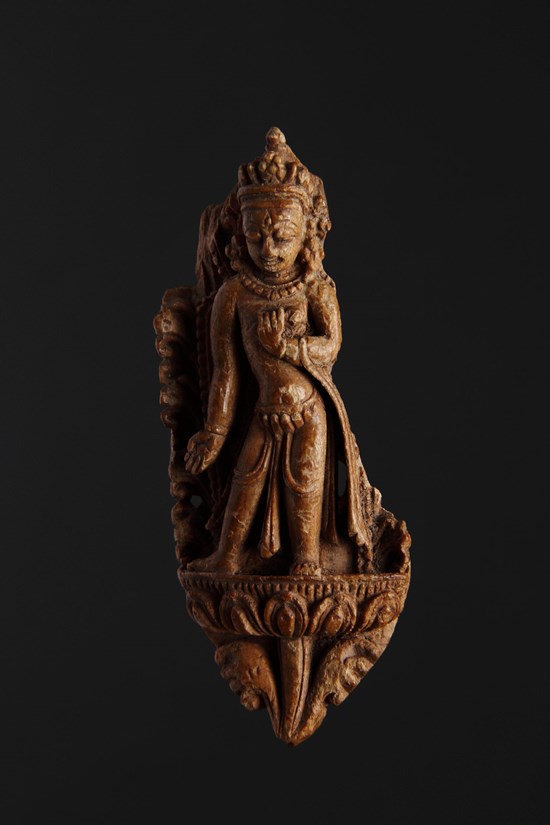