Caption Literature
A French Dieppe Unusual Carved Ivory Figure of an Apothecary Holding a Mortar and Pestle Mounted on a Boxwood Base with Gilding to the Mortar, Coat Buttons and Shoe Buckles
The ivory base signed ‘Migeon’
Mid 19th Century
Size: 18.5cm high – 7¼ ins high
The 19th century French Dieppe dynasties of ivory workers provided continuity in the art, which is paralleled only in Erbach in Germany. The Dieppois were masters of carving ship models, flowers of all sorts; the ‘fleuristes’, statuettes of trades and beggars, portraits of royalty, figurines of historical characters and popular religious subjects. Family secrets, especially those concerning detailed measurements for special works and commissions such as crucifixes, were conserved from one generation to another. A master ivory worker could own and bequeath a private collection of old master carvings or books on ivory, which were of great importance to the continuation of the output of a fine workshop. The master-pupil relationship also supplemented and extended the family network. However, by 1900 there were barely forty carvers left in Dieppe and all of the formerly numerous turners had disappeared. 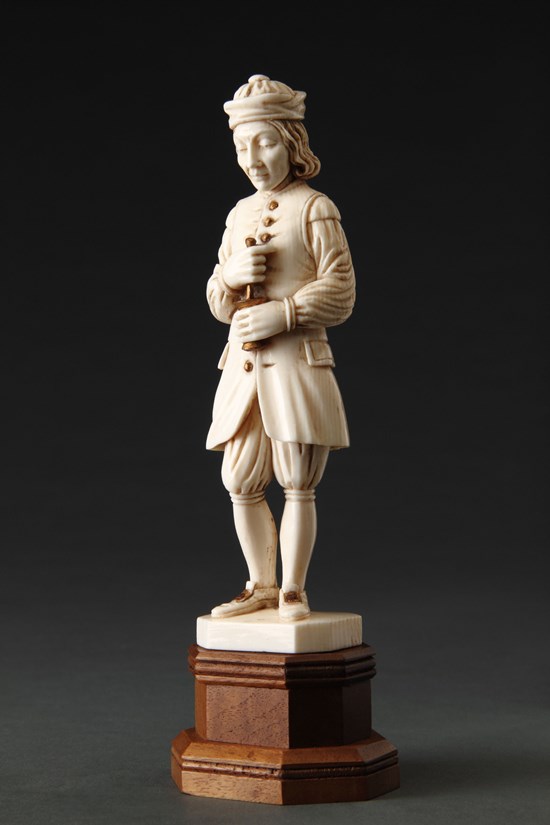 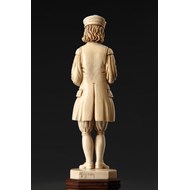 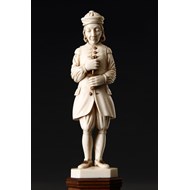 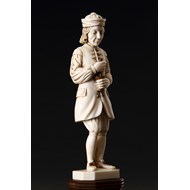 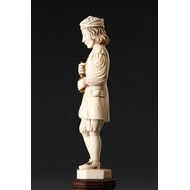 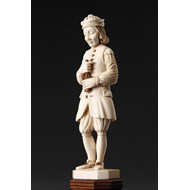 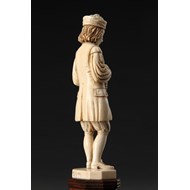 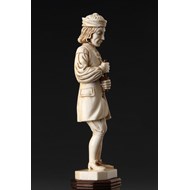 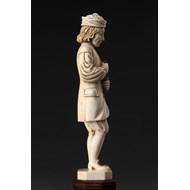 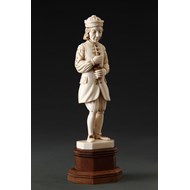 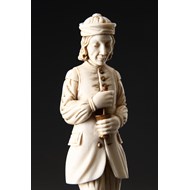