Caption Literature
An Interesting Victorian Brass Dipleidoscope By Dent
The lid is inscribed ‘F Dent’s patent Meridian instrument 61 Strand & 34 & 35 Royal Exchange London’
Circa 1845
Size: 7.5cm high, 9.5cm wide, 6.5cm deep – 3 ins high, 3¾ ins wide, 2½ ins deep
The dipleidoscope was an optical instrument patented in 1843 by James Bloxham and made by EJ & F Dent of London for determining the meridian transit of a celestial object from the coincidence of two images formed by reflection in a hollow triangular prism.
Dent was well known as a clock and chronometer maker and the firm was active from 1790 to 1853. The mirror cell of the instrument contains a hollow right-angled prism with two sides silvered and one of glass. The meridian transit was determined by the coincidence of two images of the sun by single and double reflection, one from the top glass and the other from both mirrors. With the base properly levelled and oriented, the meridian transit could be read in seconds.
These instruments were important for checking the accuracy of chronometers. 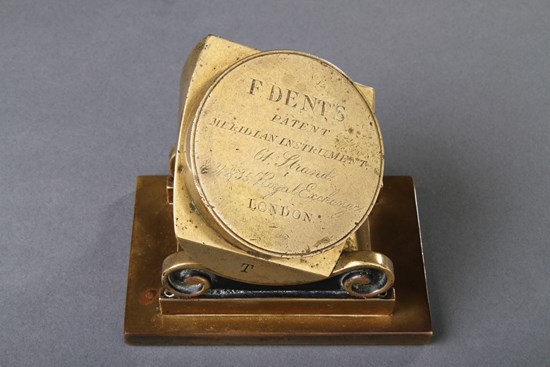 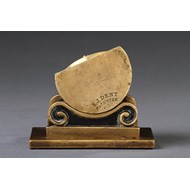 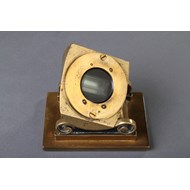 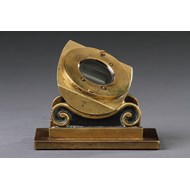 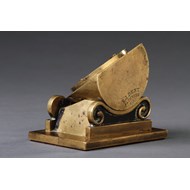 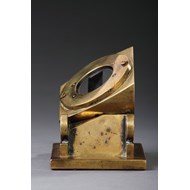