Caption Literature
A Chinese Nephrite Cylindrical Brush Pot ‘Bitong’
The stone cleverly turned to reveal a fantastic rocky mountainous landscape. The translucent blue green nephrite splashed with brown and black speckles
A scholar’s object
Qing Dynasty 17th – 18th Century
Size: 13cm high, 8.5cm dia. – 5 ins high, 3¼ ins dia.
Although utilitarian and humble in origin it was the ‘four treasures’ of the scholars study; the writing brush, ink-stone, ink-stick and paper which distinguished the scholar from the common tradesman and enabled him to pursue a career which brought him social and financial status. Thus, the objects of the scholars studio came to be treated with great reverence and all the related paraphernalia for writing or painting such as brush rests, brush pots, water droppers and scroll weights all became works of art. Indeed, production of these items eventually reached such a high level of refinement that their selection for use became a matter of connoisseurship. 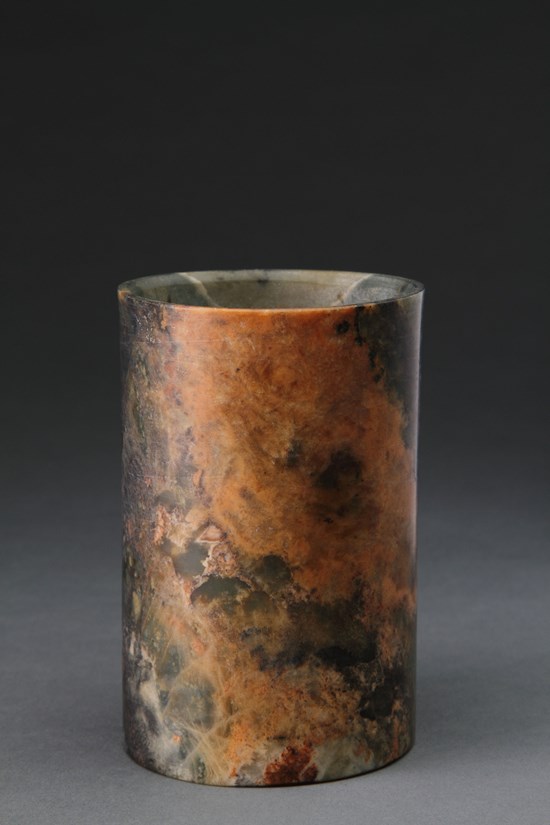 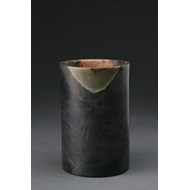