Caption Literature
A Fine Large Turned Lignum Vitae Wood Table Snuff Box
The lid set with a silver medallion depicting St George and the Dragon
Circa 1830 – 40
Size: 16cm dia. 4cm high – 6¼ ins dia. 1½ ins high
Snuff taking as a habit among all classes in Britain and not just as a fashionable addiction of London society dates from the introduction of ready ground snuff in 1702. Under the command of Sir George Rooke the British fleet in 1702, some way off Cadiz, captured from the Spanish several thousand barrels of choice Spanish snuff and near Vigoa another cargo of Havana snuff intended for their home market. All of this vast quantity of sneezing powder was sold at the English seaports at very low prices, as the proceeds were to be prize money for the benefit of the sailors and naval officers. Thus was the general habit of snuff taking born in Britain.
These large snuffboxes were intended for passing along the table at convivial functions or for a free dip on the counter of a tobacconists shop or at an Inn. In such establishments the snuff would have been rasped daily into a large circular box and was kept in condition by moistening it when necessary, usually with salt water, as the majority of takers preferred moist rather than dry snuff. 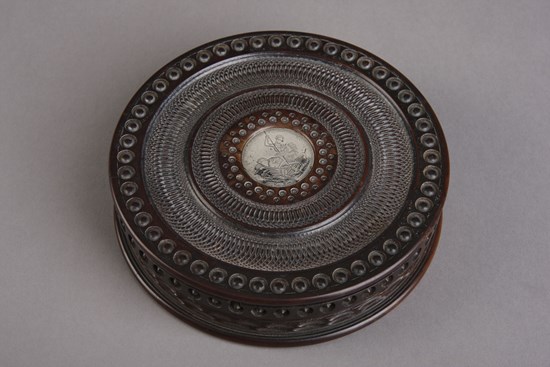 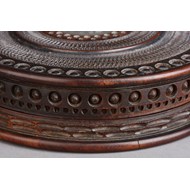 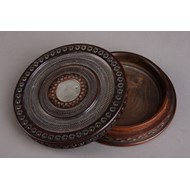 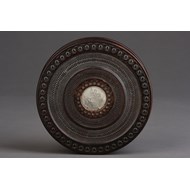