Caption Literature
An Eskimo Inuit Walrus Ivory Amuletic Float Plug
Carved to resemble a human face the eyes inlaid with glass beads the reverse carved with a toggle for attachment to a sealskin float
Circa 1850 – 60
Size: 3cm high, 2cm wide, 1.5cm deep – 1¼ ins high, ¾ ins wide, ¾ ins deep
A drag float was made from the skin of an entire seal, which was modified to resemble a large balloon. This was inflated by blowing through a mouthpiece permanently attached at one end, which was capped with a plug and these were often carved with human or animal faces. They served as charms to ensure future success in hunting.
The number and variety of Inuit objects which were made as amulets is remarkable. Personal charms were often carried somewhere on the body and most people owned several. A number of these would be incorporated into weapons or tools most usually as the handle. 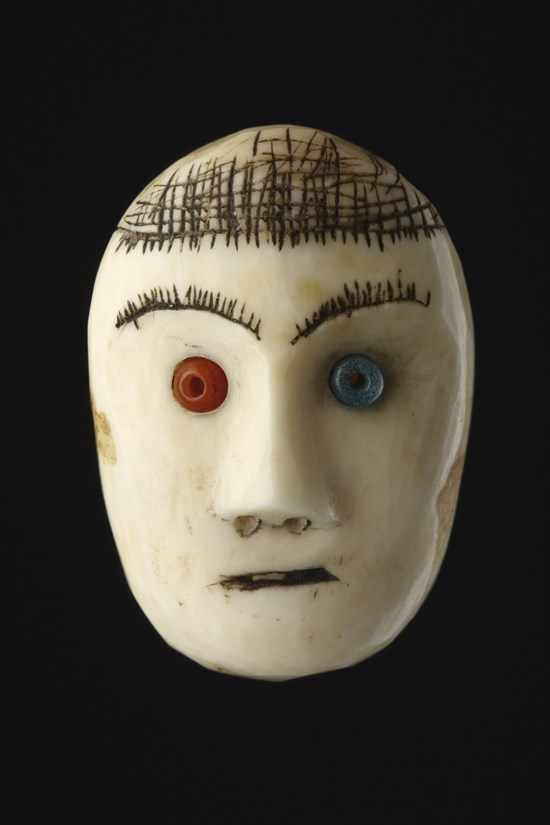 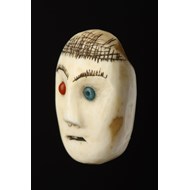