Caption Literature
An Italian Venetian Renaissance Bronze Three Footed Inkstand
Cast with fantastical winged tritons separated by maskheads, applied to an egg and dart motif decorated stand, in the manner of Niccolí² Roccatagliata (1593 – 1636)
The cover lost, thick hollow cast and traces of black lacquer on a rich brown patina
Early 17th Century
Size: 11cm high, 20.5cm dia. – 4¼ ins high, 8 ins dia.
Known chiefly for his bronzes of little winged putti the workshop of Niccolí² Roccatagliata produced numerous small bronzes of Venetian origin, but little is really known about his output during the forty-three years that he worked intermittently in Venice. He was born in Genoa and apprenticed to a goldsmith there called Cesare Groppo who specialised in refined work cast in silver which Roccatagliata apparently carried on producing alongside developing his own work in wax, clay, marble and bronze in which he cast a profusion of small objects. However, experts have noted that the putti and other work often attributed to him are rather crudely worked especially when considered to be produced by the hand of a Genoese trained goldsmith. Dr Charles Avery (Studies in European Sculpture 1981) has put forward that a number of the bronzes loosely attributed to Roccatagliata might be reconsidered in the light of the fact that the Giuseppe de Levis foundry in Verona produced a number of signed examples that are typical of this style and casting. 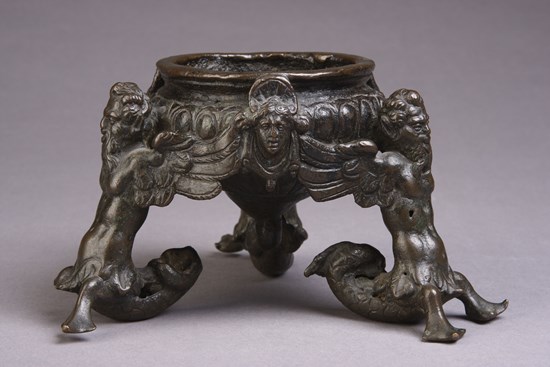 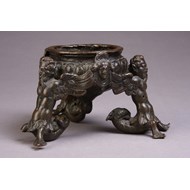 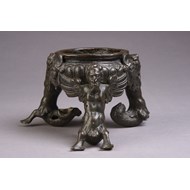 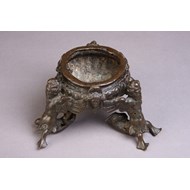