Caption Literature
A Fine French Dieppe Carved Ivory Snuff Rasp
With pivoted shutter depicting a mannered lady and her three dogs, a basket of fruit and trailing tendrils to the top, a carved mask head to the bottom
The iron grater inside the rasp now missing
Early 18th Century
Size: 18.5cm long, 5cm wide, 1.5cm deep – 7¼ ins long, 2 ins wide, ½ ins deep
Known in France as 'rí¢pes í  tabac' the Dieppe craftsmen often made these in both ivory and boxwood. Most of these snuff rasps now have their iron graters missing which were made of perforated iron set between the two faces of ivory. It is thought that they were carried in the pocket for grating snuff from a dried 'carotte' of tobacco which was then presumably kept in a separate box or leather roll, but it is very possible that the rasps were kept at home to fill the pocket snuff box daily, as different boxes and different snuffs were used by fashionable gentlemen at different times of the day. 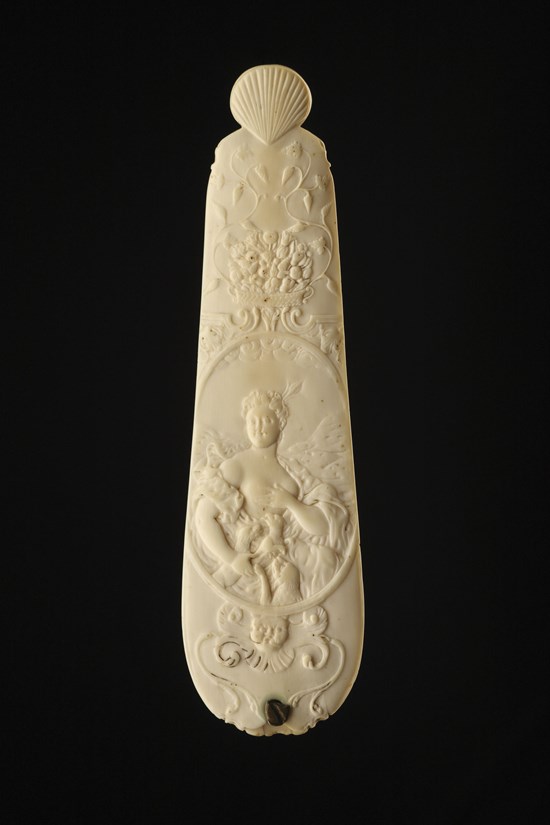 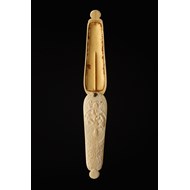