Caption Literature
A Fine Ancient Egyptian Limestone Raised Relief Fragment
Depicting the face of the goddess Hathor
New Kingdom 1640 – 1070 BC
Size: 8cm high, 7.5cm wide, 3cm deep – 3¼ ins high, 3 ins wide, 1¼ ins deep
Hathor, Daughter of the god Ra was an important bovine goddess worshipped in 3 forms; a woman with the ears of a cow as in this example, as a cow, and as a woman wearing a headdress consisting of a wig, horns and sundisc. She was described as 'lady of the sky' and the literal meaning of her name was 'house of Horus', and as the Pharaoh was identified with Horus, Hathor was correspondingly regarded as the divine mother of each reigning King. One of the Pharaoh's royal titles was 'son of Hathor'.
She was particularly associated with music and sexuality. Ceremonial rattles called Sistrum were frequently decorated with Hathor heads and were shaken by the priestesses of her cult in the temples. In her funerary aspect and especially at Thebes, she was regarded as the 'Lady of the Western Mountain' and each evening she was considered to receive the setting sun. The dying therefore desired to be 'in the following of Hathor' so they would enjoy similar protection in the netherworld. 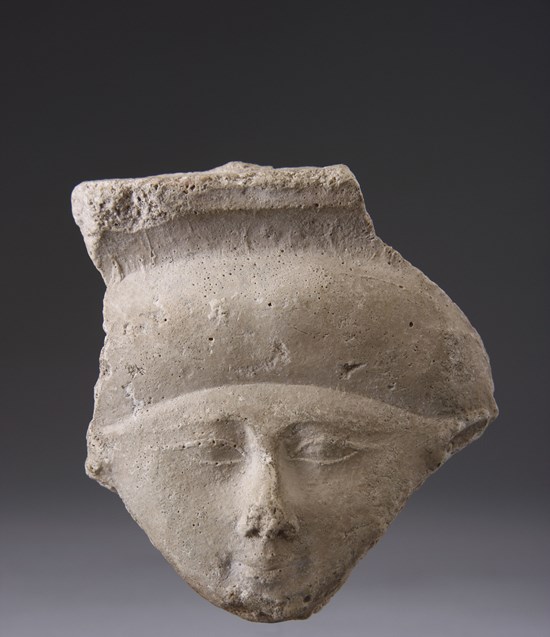