Caption Literature
An Ancient Egyptian Carved and Polychromed Wooden Plaited Pharaohs Beard from a Sarcophagus
Old inventory number painted to reverse '555'
Third intermediate period, 21st Dynasty 1069 – 945BC
Size: 20.5cm long, 5.5cm wide, 2.5cm deep – 8 ins long, 2¼ ins wide, 1 ins deep
Pre-dynastic Egyptian figures show that Egyptian men originally favoured full beards and it was not until the start of the historic era that the nobility began to shave. This was at first done with a stone blade set in a wooden handle, then later with a copper one, and from the Middle Kingdom onwards with a bronze trapezium shaped razor.
A long narrow beard of several strands plaited like a pigtail with the end jutting forwards became the trademark of divinity, and a similar looking artificial beard often widening out at the end and secured by a cord around the ears was reserved for the 'living god' or King, who was identified alive or dead with the god Osiris. 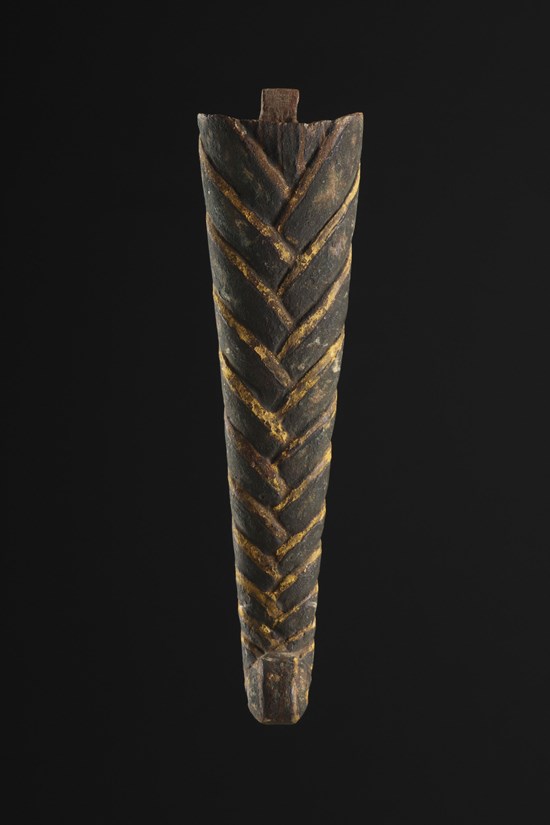 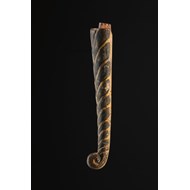 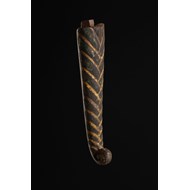 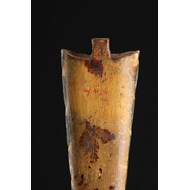 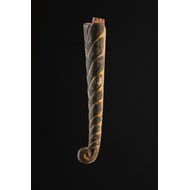 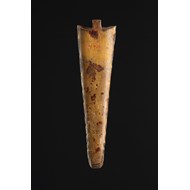 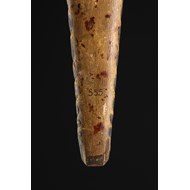