Caption Literature
An Early Northern British Late Romanesque Carved Red Sandstone Corbel
Depicting a fearsome maned head
12th Century
Size: 25.5cm high, 21cm wide, 38cm deep – 10 ins high, 8¼ ins wide, 15 ins deep
The stonemason who carved this arresting head was influenced by northern British Celtic sculpture with its pagan associations to the cult of the severed head. However, its most probable purpose in the late Romanesque period was to give visual support to the moral teachings of the Christian church. The carved mane is representative of the lion, symbol of the devil and sinful passions. The legend of St Jerome who removed a thorn from a lion's paw, which then stayed with him as his grateful servant, was meant to symbolise a saint’s mastery over lawless natural passions, not to teach kindness to animals. 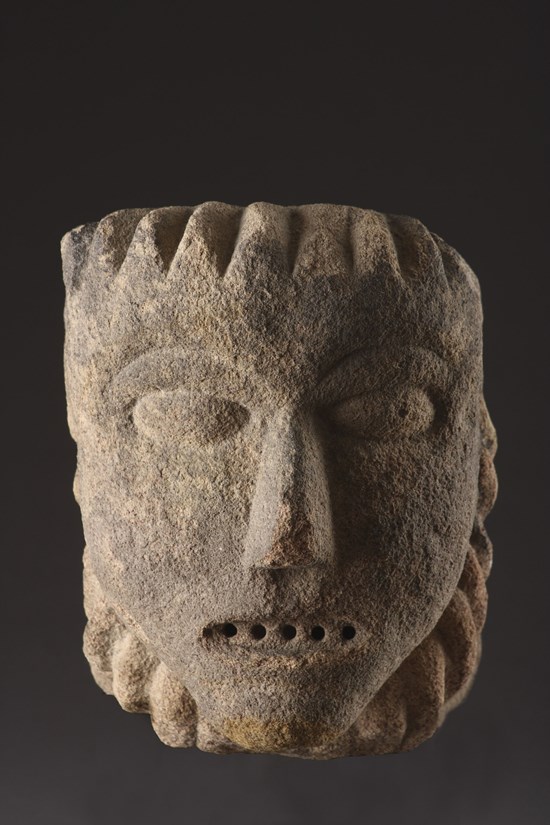 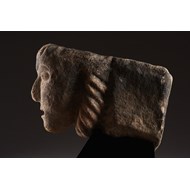 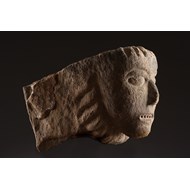