Caption Literature
A Large Pair of Myanmar Burmese Bronze Figures of Kneeling and Praying Buddhist Male Adorants or Devotees
18th Century
Sizes: 33.5cm high – 13¼ ins high (including stands) (each)
A frequent Burmese representation of the Buddha shows him flanked by two attendant monks, his chief disciples, Sí riputta and Moggallí na. The Buddha sits on a bronze waisted pedestal and beside him on separate stalks of the lotus flower, inserted at the bottom of the base, are the two adoring monks with long ears like the Buddha praying in homage to him.
Every Burmese Buddhist male will spend some time as a monk, ideally novices stay in the monastery for at least the three months of Buddhist Lent, but stays of only a few nights are common. There is no obligation to remain one for life and no dishonour is attached to leaving the monk hood, although monks of long standing are especially revered.
Buddhism is more pervasive in Burma than any other country and its dominance over Burmese society and culture has never diminished. Almost every village supports a monastery and early every morning saffron robed monks make their rounds to receive food from the people. To the Burmese national identity is inseparable from their faith and during British rule Buddhism became a great nationalist rallying point. 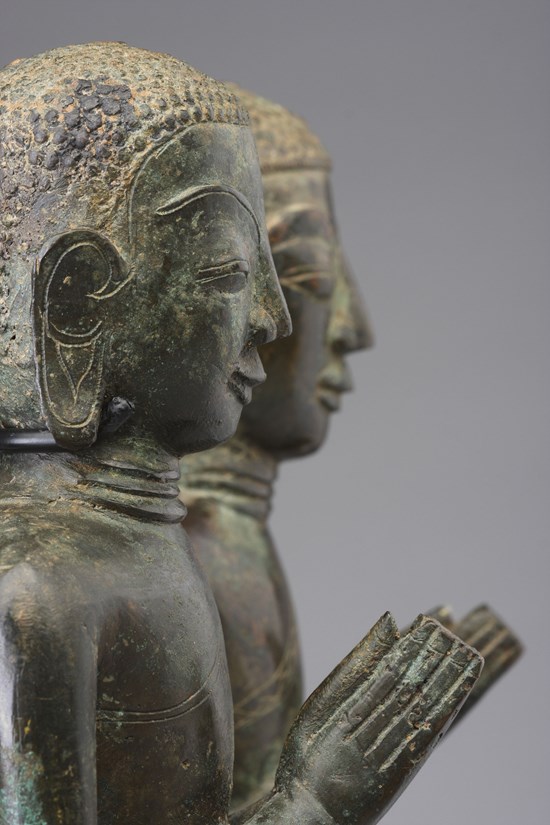 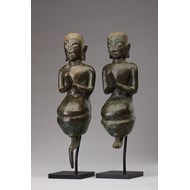 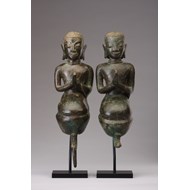