Caption Literature
A Fine Pair of North Italian Carved Limewood and Polychromed Walking Lions Perhaps from a heraldic device
Early 18th Century
Size: 25cm high, 35cm wide, 9cm deep – 9¾ ins high, 13¾ ins wide, 3½ ins wide (each)
Heraldic art without the lion would not amount to very much for no figure plays such an important or extensive part in armoury as the lion in one or other of its various positions. The artists and craftsman’s knowledge of natural history was very limited and so they depicted a standardised and stylised form of an animal they had never seen. In Canterbury Cathedral suspended over the tomb of Edward the Black Prince is a carved walking lion upon the chapeau, which looks forward over the front of the helm.
In Christianity the lion is the emblem of St Mark and is also associated with Daniel, Samson who is often portrayed wearing the skin of the lion he killed, and St Jerome. Lions symbolise strength and majesty and are often portrayed as defensive bulwarks in many Italian churches where statues of lions support the porch columns. Here they can catch small creatures in their claws, symbolising sin, that try to slip in past them. 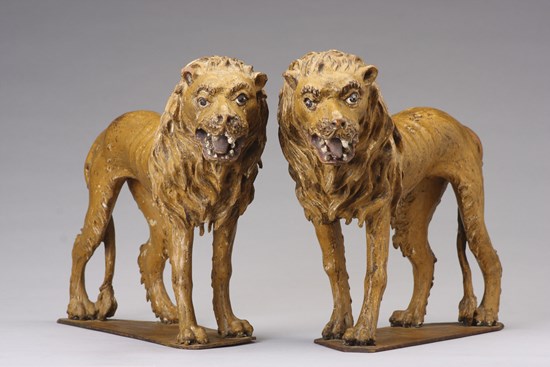 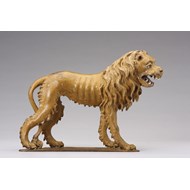 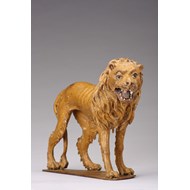 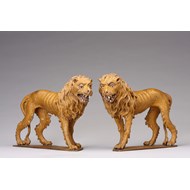 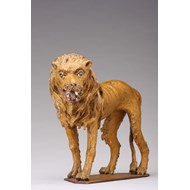 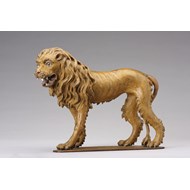