Caption Literature
An Unusual French Enamel Decorated Silver Model of a Falcon
Wearing a plumed hood seated on a gilded silver perch a baroque pearl forming the lid to a box inset to its front. The sculpture resting on a blue john pedestal, mounted on a black stepped marble base
Late 19th century
Size: 15cm high – 6 ins high
The art and practice of hawking was known at least as early as 400 BC and it was the east that gave the sport to the west. Henry the Fowler, so named because of his devotion to hawking, remarked in 919 AD that it was the most popular sport of the Saxon Kings of England. Indeed Ethelbert wrote to the Archbishop of Mayence asking him to send hawks able to take cranes. King Harold habitually carried a trained falcon on his fist and from the time of the Norman Conquest hawking became a sport as highly honoured in the civilised world as hunting with dogs. Many of the returning Crusader Knights had become acquainted with oriental falconers and the Asiatic methods of training and flying hawks. The Emperor Frederic II went so far as to bring both the birds and their trainers back with him eventually writing the first European treatise on the noble sport. 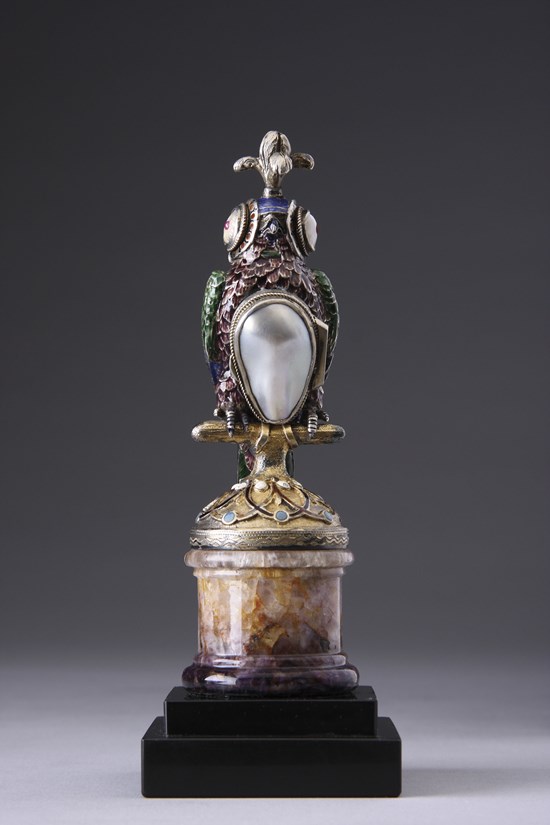 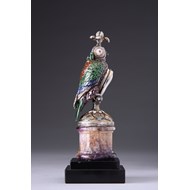 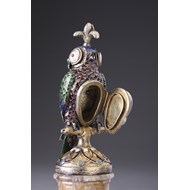 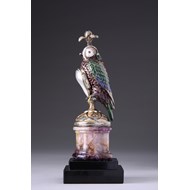