Caption Literature
A Well Forged Traditional Native American Indian War Hatchet
The one piece construction made of steel, the blade pierced with a clover leaf design and both the faceted poll and the blade decorated with punched concentric circles and dots and banded with inlays of copper and brass. The long wooden haft studded with bands of brass tacks
Probably Comanche or Sioux
Circa 1860 – 70
Size: 68cm long – 26¾ ins long
The Native Americans of the Plains placed great value on clubs and tomahawks as symbols and weapons of war. The single tomahawk or hatchet replaced a number of specialised primitive implements, such as the ball headed club, as the coveted blade was deadlier in combat, more efficient in cutting wood and was useful as a ceremonial object.
Once a gun had been fired it was useless until it could be reloaded, an edged weapon had much more potential especially when used on surprise attacks and raids. Normally a war hatchet or tomahawk was used in much the same manner as a club, but it could also be thrown to reach an enemy at some distance, although hurling a hatchet at a moving target so that it will strike blade foremost required considerable skill. George Catlin spoke of the tomahawk being thrown 'with unerring and deadly aim'. 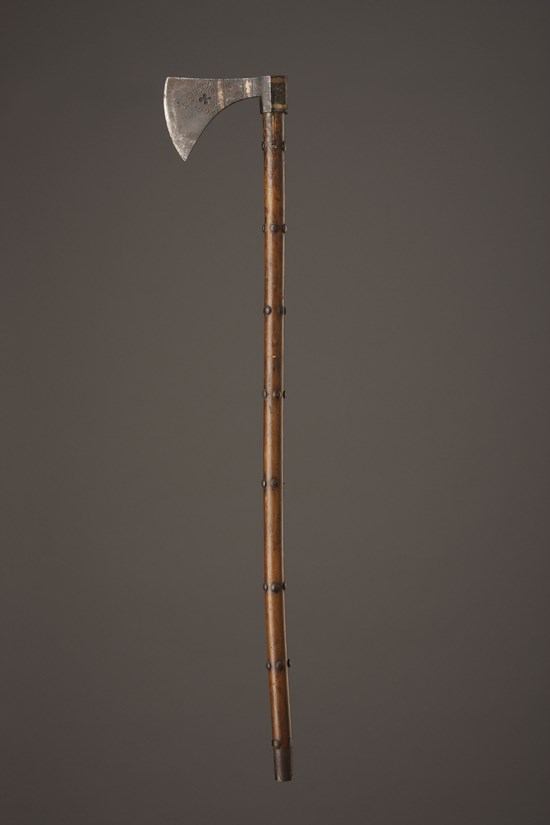 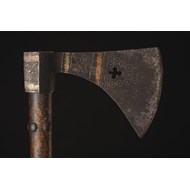