Caption Literature
An Unusual Japanese Walrus Ivory Carving of a Zulu Chief
Wearing a head-ring, a lion claw necklace and a civet cat tails loin cover, holding a staff in one hand and a knobkerrie and spear in the other
An ivory plaque to the base entitled 'Zulu Chief'
Meji period circa 1900 – 1910
Size: 15cm high – 6 ins high (including base)
This figure was probably one of several made to illustrate the different peoples of the world and is interesting for its cross-cultural references. Used as an educational tool, figures such as this were often copied in detail from drawings or 19th century photographs to show and highlight ethnic differences. However, although carefully carved to represent a late 19th century South African Zulu warrior chief this figure has the features of a Japanese man, with red lips, Asiatic eyes and a white body. 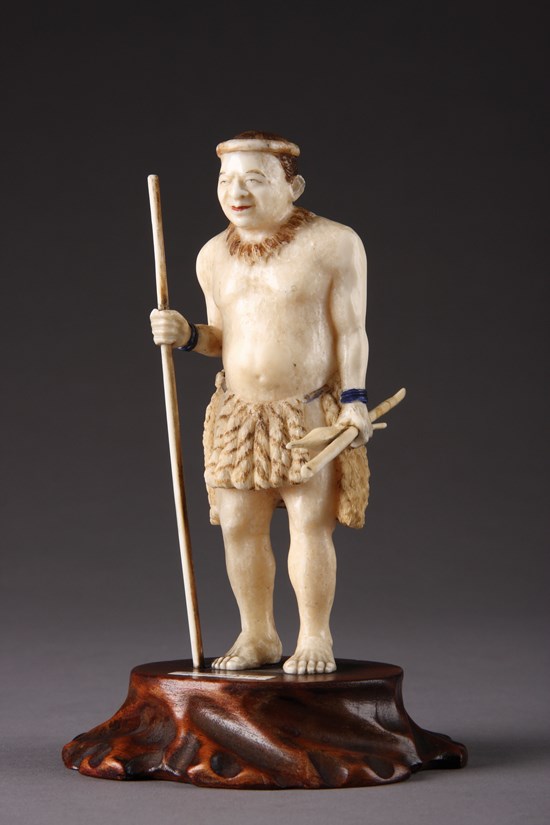 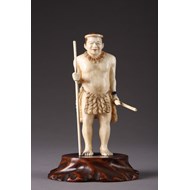