Caption Literature
A South African Northern Nguni Carved Wooden Dance Staff
The graceful curved blade like form with two indentations to one side
Late 19th Century
Size: 106cm long – 41¾ ins long
A man's stick was his companion for life and was highly prized as an important part of his personal identity. Sticks varied in length according to the function for which they were intended. The shorter sticks, clubs or knobkerries were used for hunting or fighting whilst the longer staffs were usually a mark of rank or office, or an indicator of special status. This dance staff could have been an indication of identity to a particular chieftain or regiment. In the 19th century the Zulu brought young men from different communities together unifying them into regimental fighting groups who developed a shared common identity symbolised by a style of stick, club and shield. 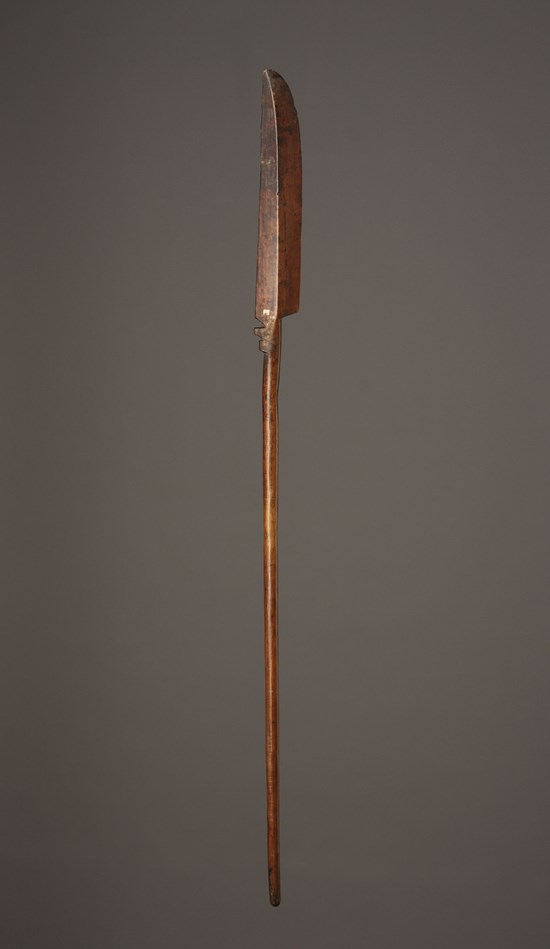