Caption Literature
A Rare and Unusual Japanese Netsuke Formed from the Natural Jaw and Teeth of a Wolf
The roof of the jaw lacquered red the exterior with black/brown lacquering. An old cord through the two worn himotoshi
18th Century
Size: 3.5cm high, 4cm wide, 5.5cm deep – 1¼ ins high, 1½ ins wide, 2¼ ins deep
cf: Barker & Smith 'Netsuke' from the British Museum collection no. 404
Japanese hunters were often particularly proud to preserve some natural part of their kill for use as a trophy netsuke and natural objects such as a boar's jaw with the teeth, tusk and skin removed and segments of the jaws of foxes, badgers, bears and wolves such as this example were made into novelty netsuke. They were also thought to possess amuletic properties imparting the natural characteristics, cunning, stealth and power of the animal to the wearer. 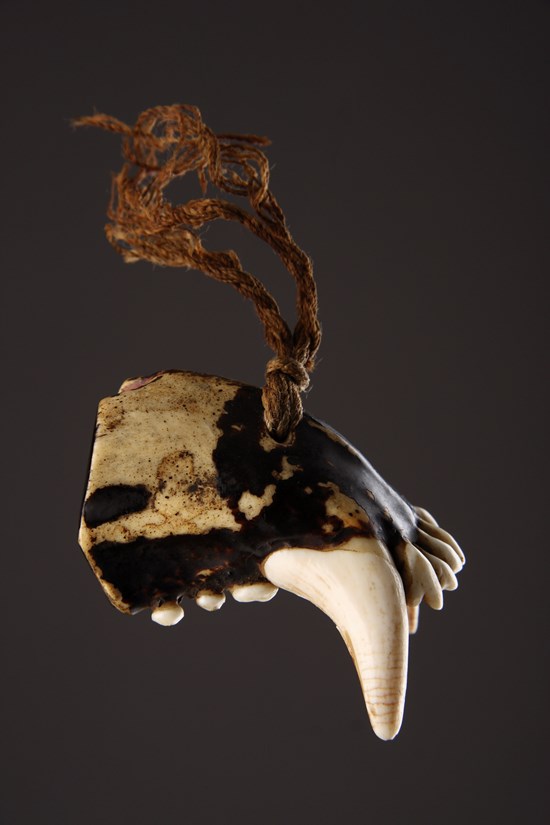 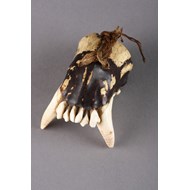