Caption Literature
A Curious Amazonian Jivaro Indian Imitation Shrunken Head or Tsantsa
Made from the skin of a sloth or monkey
Marked with an inventory number A176
1st half 20th Century
Size: 25cm long – 10 ins long
European explorers began to infiltrate the Jivaro region of Ecuador and Peru in the 1850's and many of them were fascinated by the head shrinking practices of the Shuar tribes. Used as a ritual trophy tsantsa were of religious significance. It was believed that shrinking the head of an enemy harnessed his spirit, prevented his soul from avenging his death and thus compelled him to forever serve the owner of the shrunken head.
Before long a busy trade in human head trophies had begun and by the end of the 19th century such was the demand from western collectors that there was a sharp increase in the rate of killings by the Jivaro. Even the explorers, merchants and adventurers were no longer safe. However, by the 1870's the Jivaro had begun to make imitation non-shrunken heads from monkeys, sloth’s or goat skin. 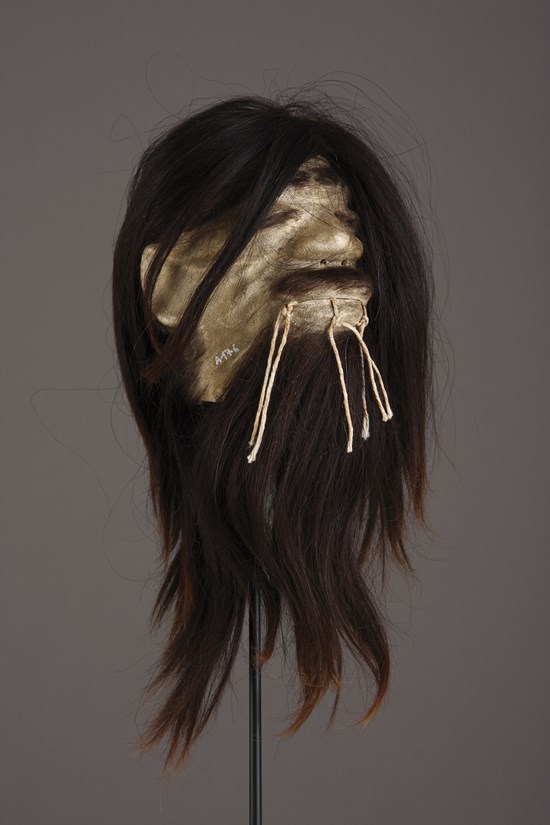