Caption Literature
A Rare Naples Tortoiseshell Horn and Gold Mounted Double Sided Pocket Snuff Box
Set with two well painted Gouache depicting the eruption of Vesuvius over the bay of Naples in the day and during the night
After Pietro Fabris
Circa 1780 – 1790
Size: 8cm dia. – 3 ins dia.
In the late 18th century Naples was the second city of Europe, troubled, turbulent, decadent and divine, it was home to the Bourbon Court and presided over by its renowned volcano, Vesuvius which constantly threatened eruptions that simultaneously fascinated and terrified the ever increasing numbers of grand tourists, artists, philosophers and literati who flocked to see it.
When Sir William Hamilton published 'Campi Phlegraei: Observations on the volcanoes of the two Siciles' his enthusiasm for all things volcanic was at its height. It was one of the most lavish books of the 18th century. Three years later, after the great eruption of August 1779, he published a supplement with five coloured plates painted by his artist Pietro Fabris. These paintings of Vesuvius great natural firework displays were to become iconic images symbolic of Naples, her volcano and of the Grand Tour. 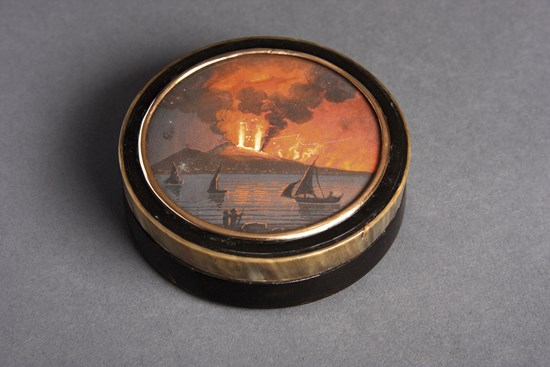 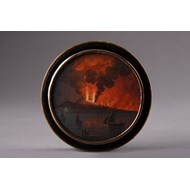 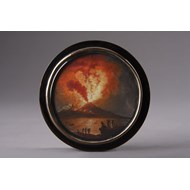 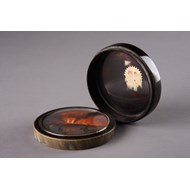 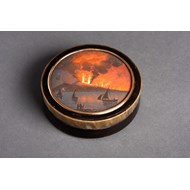 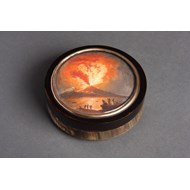