Caption Literature
A Napoleonic Prisoner of War Work Finely Fretcut Bone Set of Spellicans or Jack Straws Contained in a Fretwork carved bone box
Circa 1810-15
Size: 12cm long, 4cm deep, 2.5cm high – 4¾ ins long, 1½ ins deep, 1 ins high
Spellicans variously known as Spillikins, Spillicans and more commonly as Jack Straws is a game for an unlimited number of players aimed at promoting steadiness of hand. It is said to have originated long ago in China, but has been played in England since the early 18th century. The number of pieces in a set vary from 24 to 100. There are a total of 70 in this example all of which are numbered. They are usually made of wood veneer, bone or ivory.
The object of the game is simply to withdraw them, one by one, with a hook without disturbing the remainder of the heap, which has been thrown in disorder on the table. When they are disturbed the turn passes to the next player. There are differences in scoring; the values of the numbered spellicans when added together determine the winner, whilst with unnumbered sets the winner is the player who hooks the largest quantity. 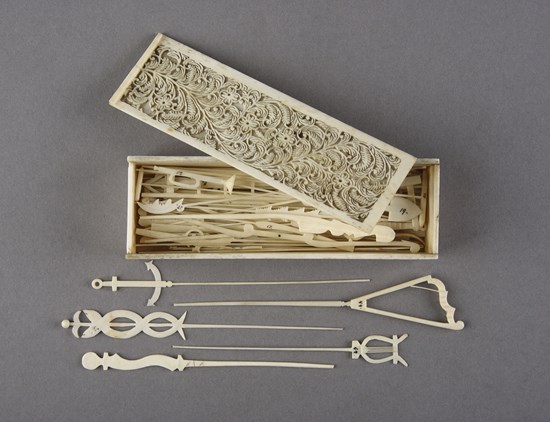 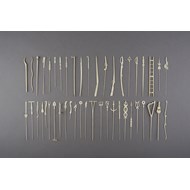 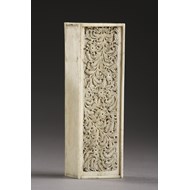 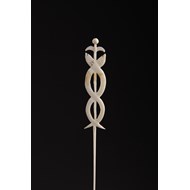 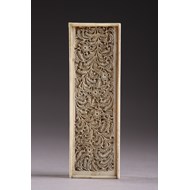 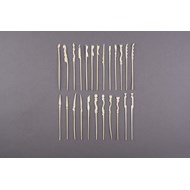