Caption Literature
A West African Ivory Coast Baule Carved Wood Male Shrine Figure
Created for use as a protective spirit spouse
Old smooth silky blackened patina
19th – early 20th Century
Size: 33cm high – 13 ins high
The human figure is the most common decorative motif in Baule and other African art because humans are regarded as the most interesting thing in the world. These Baule carvings depict a physical and moral ideal; they are upstanding, composed, their eyes show an intelligent and respectful presence in society and their beautiful coiffures demonstrate a desire to please. Their clean healthy skin and rounded muscles show that they can work successfully producing food and crafting the objects needed by their community. At ease in the world their flexed legs show compressed energy and the tension of alertness.
Each Spirit Spouse Statue is different to reflect the unique character of the individual spirit, but all of them have smooth, unencrusted bodies representing the Baule ideal. Spirit Spouses are physically, socially and economically superior giving their human partner money as well as success and happiness. The shrine and sculpture for a spirit spouse as with most personal shrines in normally hidden although Baule people openly admit to having a spirit spouse. Unlike an extramarital relationship it is sanctioned by both parents and diviners and involves substantial formally recognised reciprocal obligations just like those between husband and wife. Spirit spouses are called ‘Wula’ which means ‘rival’ and is the Baule word that the two wives of one man use for each other describing a relationship of controlled competition. 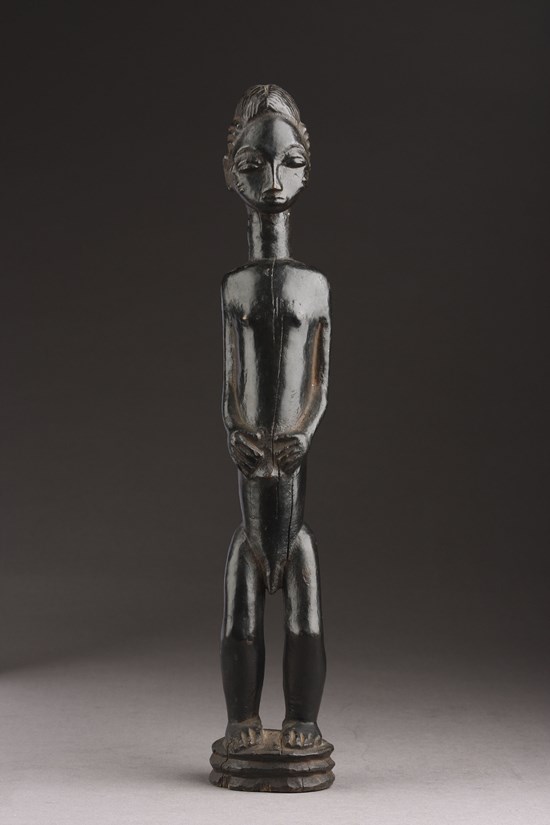 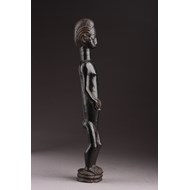 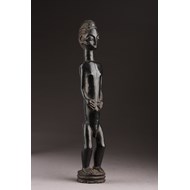 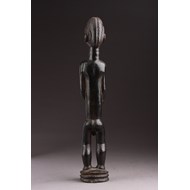