Caption Literature
An Unusual Chinese Root Carving of ‘Damo’
Black stained root wood, the base now missing
An Old Label Impressed with ‘Caster District Council’ An Ink Inscription with 1420 and the Date 18 â€¦ 1928
Late 18th – Early 19th Century
Size: 27.5cm high – 10¾ ins high
Often mistaken for a Luohan, Bodhidharma is known in Chinese as Damo. He is documented as the first patriarch of Chan Buddhism, which is better known by its Japanese name of Zen. Damo, Shortened from Pudidamo, was an Indian Buddhist monk who arrived in South China by sea around 520 A.D. Shortly after he had an audience with emperor Wu Di of the Liang Dynasty whom he offended by discoursing on the path to true enlightenment, and indicating how far the emperor was from that path. He then travelled north crossing the Yaugzi River to found his own sect and the Shaolin Temple near Mount Song in Henan Province where he taught that sudden enlightenment is achieved through ‘Chan’ or meditation. Legends about Damo are closely related to the way he is depicted. He is said to have meditated with intense concentration for 9 years while facing a wall of a cave near the Shaolin temple he founded, and after he died in Luoyang in 536 A.D. a monument was erected to his memory there. He is often portrayed with a large forehead and intensely bulging eyes symbolising his concentration, wisdom, soberness and dedication. He stands floating with his arms covered by robes and his piercing eyes staring intently. 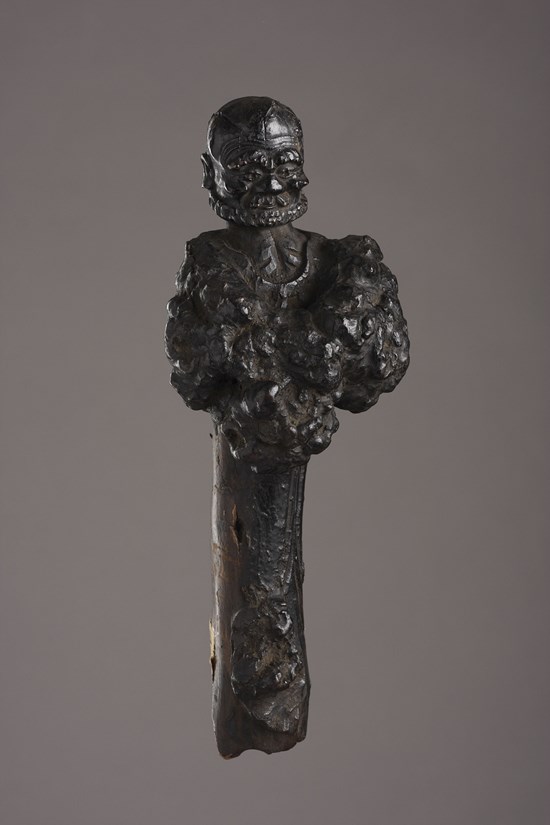 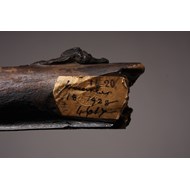 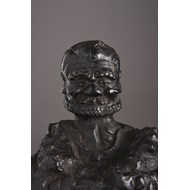