Caption Literature
An African Somali Boni Peoples Wood Spoon
Finely carved with intricate geometric patterns. The reverse of the bowl with a date inscribed in ink 10.2.17
Early 20th century
Size: 21cm long – 8¼ ins long
Meals in traditional African cultures are generally eaten with the fingers of the right hand. In 1827 René Caillié wrote of the Mandeâ€¦ ‘I saw a large calabash filled with boiled rice, on top of which a rather large quantity of meat had been added. We sat around it and each ate out of it with the hand as was the custom’.
Although many spoons often decorated with fine carvings are found in Africa their use is ceremonial or confined to specific situations and they are not put to the everyday use to which the western world is accustomed. In Africa they are often implements of hospitality that make privately prepared food a public event. Ladles of this type are used by the Boni of Somalia for serving roasted coffee beans. 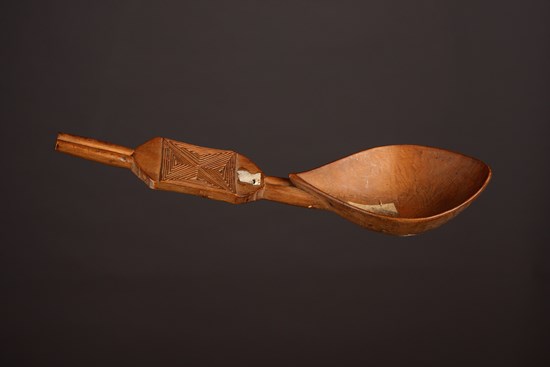 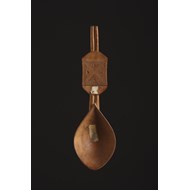 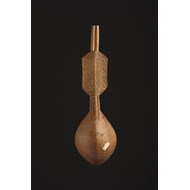