Caption Literature
An Old English Steel and Carved Ivory Handled Surgeons Bone Saw
Marked Laundy, the Firm of Laundy was known at 12 St Thomas’s Street, Borough, London from 1783-1819
Circa 1810-15
Size: 37cm long, 10cm high – 14½ ins long, 4 ins high
Amputation is the second oldest operation known in the history of surgical practice and in some ancient societies fingers were amputated as a sign of mourning or of caste. The ancient Egyptians used saws for their operations and flint saws were used by European prehistoric communities, but it was the Romans who invented the metal bladed saw, the forerunner of those used today.
The earliest illustration of an amputation in England dates from 1517 and shows a leg being taken off below the knee over a barrel of sand. Amputation was a common medical practice as it was the only effective remedy against the spread of gangrene, but it became a lost art when Lister dispelled the ghost of gangrene, by pioneering the use of antiseptics. 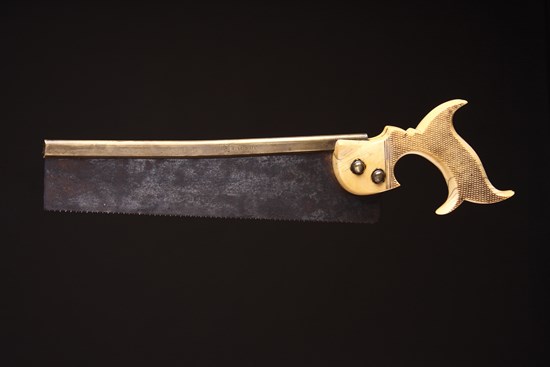 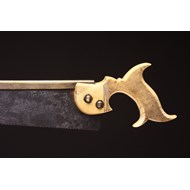