Caption Literature
A Rare Oceanic New Hebrides, Vanuatu Wooden Paddle Club
With axe like projection, the end bound with braided human hair
Early 19th Century
Size: 129cm long – 50¾ ins long
The New Hebrides, now Vanuatu, lie south east of the Solomon Islands and were given their name by Captain Cook in the second half of the 18th Century. The Islands were probably first settled some 3500 years ago. Today the population is scattered over 80 islands speaking at least 100 different languages.
Warfare was frequent taking the form of ambushes and local skirmishes with few fatalities. The wood club was the favoured weapon, which Georg Forster, on Cook’s second voyage, applauded for their refinement, praising the polish of the casuaruna wood clubs and stating that... ‘much more care and ingenuity have been bestowed on this part of their manufactures than any other’. 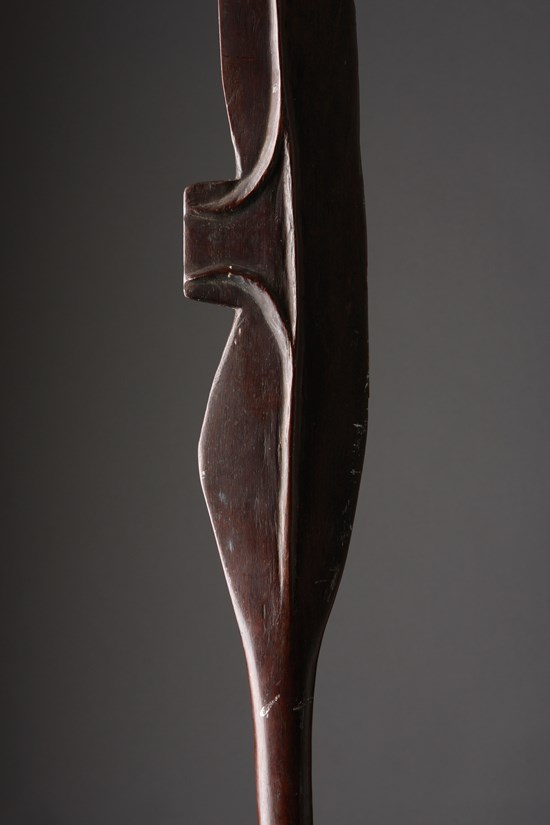 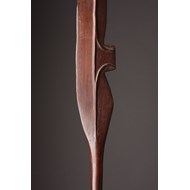 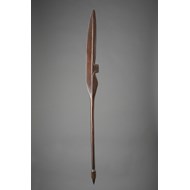 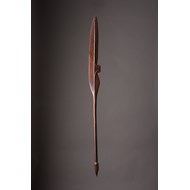 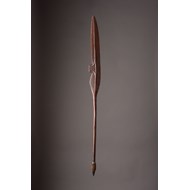